This here's the character sheet of Elliot Goes To School. Under construction. 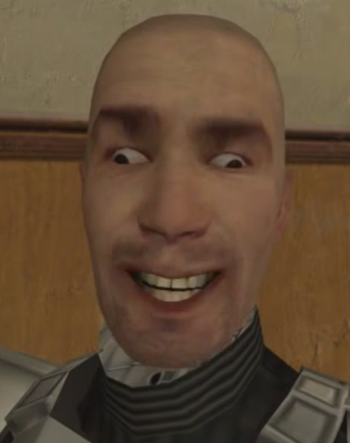 "Elliot! You're a robot! Shut your face!"'
The obnoxious deuteragonist and foil to Elliot. He's attending the same classes as Elliot, making him the second character with most prominent screentime. 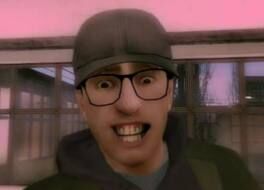 "It's XAVIOR 3 point 1-0 and i'm a major l33t hax0r!"
A hyper-nerdy friend of Elliot and one of the main cast. Debuted in "Pep Rallies". He's only seen attending the Italian class, with exceptions of the outside class activity (like Field Trips or Pep Rallies, and the entirety of "Camping"). 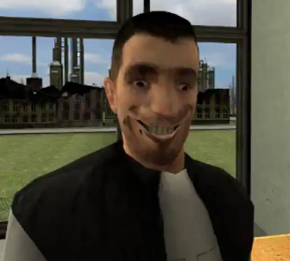 "I love bananas."'
A friend of Elliot's and one of the main cast. Debuted in "Pep Rallies". Is attending both Italian and Math class, but not Chemistry class. 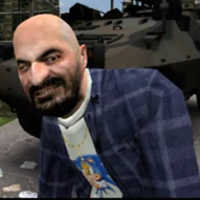 "My name is EEELLL-MEEER. ELMER J. FAPP!"
His name's Elmer. EEELLLLLLLLLLLL-MEEEEEEEEEEER.... Debuted during "Field Trips". Is only seen attending on Math Class, but is also hinted to attend Gym when he and the rest of the cast ditched it in favour of having lunch during "Mondays"

Portrayed by: a generic hostage

A fictionalized version of the 42nd president of the United States. Elliot's classmate in 1st and 4th period. Is only seen attending the Italian class and Gymnasium class once in the pilot.

School bullies who dress and act like gangsters. Often clash with Brandon. Are never seen apart.

Another stereotypical emo kid who enjoys going "crabcore" (getting down low and strumming a guitar at dick level) to the band Attack Attack! Debuted in "Mondays” attending math class.Contrary to the popular belief, he and the Emo Kid are separate characters.

Francis from Left 4 Dead. Aside from attending the same school as Elliot and his friends, he's also a bus driver. He's only shown attending the Math class.

One of Elliot's classmates who also happens to be the main character from the controversial video game Postal. Is only seen attending on Chemistry Class, only for him ditch it shortly.
Teachers and other Faculty Members

Sadist Teacher and Elliot's second period algebra, an unabashed Child Hater who claims that the students make him clinically sick and loves to fail his students.

The Principal at Elliot’s school who we only ever hear over the loud speaker.

The school lunch lady. Debuted in Mondays.
Other Characters

Portrayed by: The Administrator.

Elliot's interesting, to say the least, grandmother, who debuted and only appeared in "Camping". Was supposed to drive him and his friends to the campsite, but mixed up the drop-off locations and left them at a nail salon.

Portrayed by: The G-Man.

A man who tends to show up at random moments only to yell at people.

Jimbo's often talked about friend outside of the group. Not to be confused with the jerky snack.