The character sheet for TRON: Uprising, currently an ongoing project that could always use some more work. 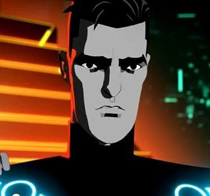 The main character, a young but amazingly versatile engineering program recruited by Tron to serve as his surrogate in the resistance. 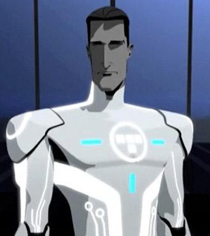 An advanced security program and former protector of the Grid, he was badly injured by Clu and Dyson during the latter's coup. No longer fit to lead the resistance himself, he finds a replacement in Beck. 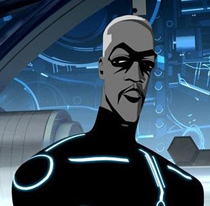 Beck's boss and the owner of the namesake garage. He reluctantly aids Tesler's army in the absence of any better option, but believes in the Renegade. 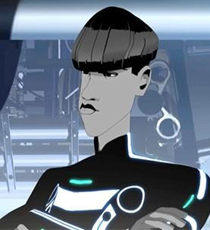 A fellow employee of Beck. He has a grim view of the Renegade's exploits, believing his rebellion will ultimately cause more harm than good. 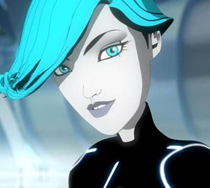 Zed's best friend. She's always there to keep him from getting in over his head or to bail him out when he already has. 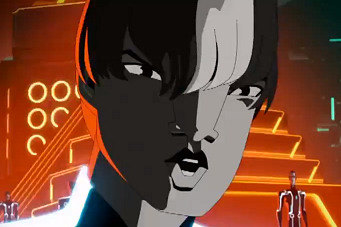 A program who works at the Garage.

A Program who works at the garage. 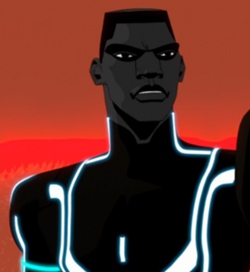 A veteran of the ISO wars and close ally of Beck. He left Argon to spread the word of Tron's survival, but was captured and repurposed at some point. 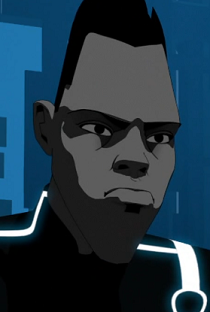 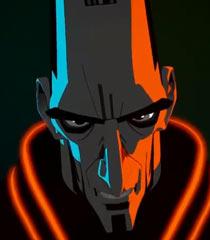 A general in Clu's army, spearheading the occupation of Argon City. 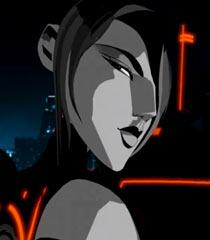 Tesler's lieutenant, a former medic turned soldier after the murder of her friends. 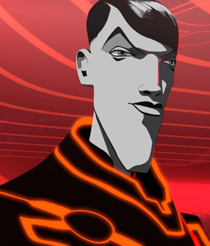 Tesler's other lieutenant. Seems like a complete suck-up, but privately wants to remove Tesler from power for his own ambitions. 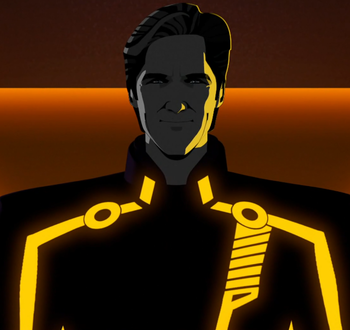 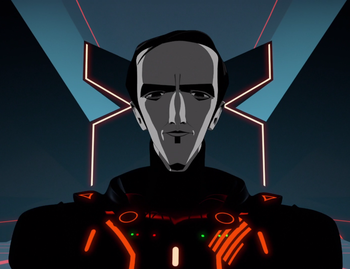 Clu's highest-ranking officer, sent to spearhead the apprehension of the Renegade. 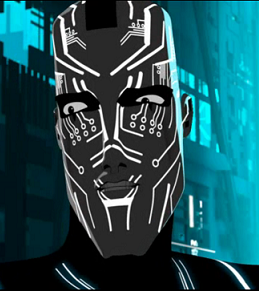 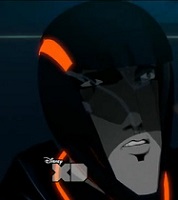 A common guard working under Dyson, who expresses awe at Tron's incredible strength at Dyson torturing him. Cyrus rescued Tron and faked his death, sparking the revolution against Clu's tyranny. After that, he was trained by Tron to become the first Renegade, but turned out far too extreme in his methods and was locked away as a result.

A group of disc thieves operating out of Argon's original settlement. Making the most of Argon's occupation, they steal programs' identity discs and sell the resulting amnesiacs, called "strays," to Tesler's army.

An amoral technician that presumably researches and designs unscrupulous gadgets that even the Occupation wouldn't use.

A tall, perpetually grinning servant to Gorn, who handles all of the heavy-lifting in her place.

A technician that developed a pathogen designed for something akin to mind control. Doesn't enjoy that part of her job at all.