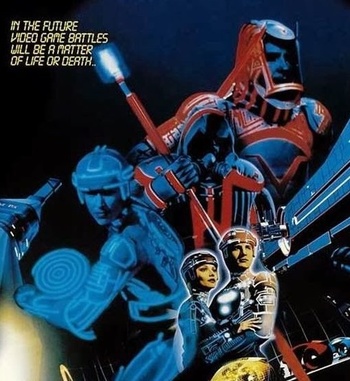 Character page for the 1982 film TRON. For the other entries of the TRON franchise, see the index below: 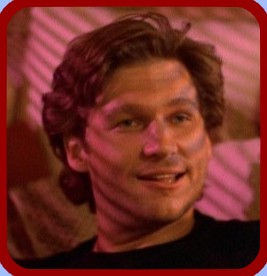 A former programmer at ENCOM whose ideas for video games were stolen by Dillinger. Dillinger subsequently fired him from the company to silence him. When we meet him, Flynn has spent at least a year seeking evidence of Dillinger's theft, with no success. Alan and Lora enlist him to help them put an end to Dillinger's abuse of power, but the MCP responds to their efforts in a way none of them could have predicted.

One of the programmers at ENCOM, with big nerdy glasses and a hot-air popcorn machine, he created TRON.

The Corrupt Corporate Executive responsible for the Master Control Progam, and Flynn's termination from ENCOM. He is now Senior Executive Vice President thanks to his "contribution" to the company line.

An ENCOM scientist. Gibbs founded ENCOM, originally running it out of his garage before Dillinger took over, and doesn't approve of Dillinger's methods. 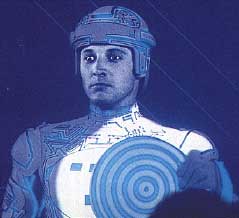 A security program (basically the 1982 version of a firewall), written by Alan, that threatens the Master Control Program's plans to infiltrate and take over government computers. Held prisoner by Sark as a Game Grid gladiator when Flynn first sees him. 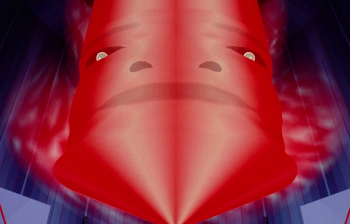 The Big Bad. An artificially intelligent program used by Dillinger to advance his career at ENCOM by assimilating the functions of all the other programs on their mainframe. It eventually begins planning to take over other systems, like the U.S. Military's computers, and even overcomes Dillinger's control. Inside the computer world, the MCP is a totalitarian dictator attempting to stamp out even the belief in users.

The Dragon to the MCP, with Dilinger's face and voice. Runs the gladiatorial games.

One of the programs Flynn used to hack into the ENCOM system.

A program written by Lora. She appears to be a 3D simulation program and may play a role in the digitization process.

An actuarial program for an insurance firm conscripted into the gladiatorial games. An ally to Tron and eventually Flynn.

A Tower Guardian who is nearly killed by the MCP for trying to help the heroes communicate with the real world.

Portrayed by: Peter Jurasik
A banking program conscripted into the games.
Bit

A binary digit resembling a compound of dodecahedron and icosahedron, Bit can only say "yes" or "no" when asked a question, and is used by other programs for advice.