See also the character pages for TRON, TRON: Evolution and TRON: Uprising. Alternate Continuity of TRON 2.0 have their own page. 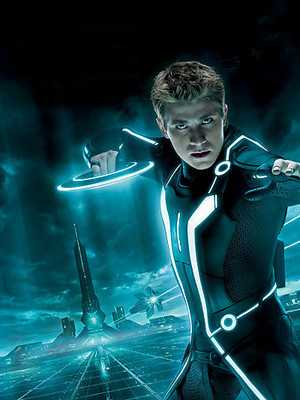 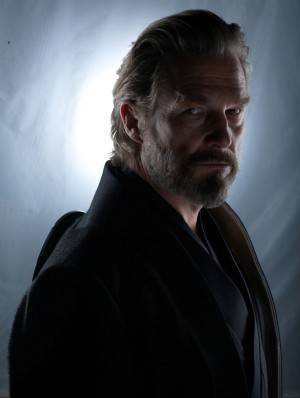 "In there is our destiny!"
Played by: Jeff Bridges

The father of Sam, and the creator of another Grid. 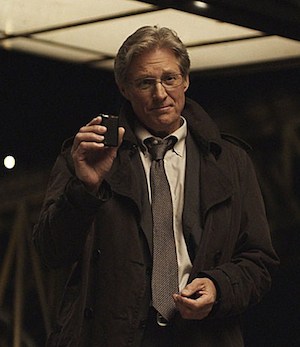 "I got a page last night... Page came from your dad's office at the arcade."
Played by: Bruce Boxleitner

Coming back from the original TRON, Alan Bradley is revealed to be one of Kevin Flynn's closest friends and still in the employ of ENCOM. According to the ENCOM website, Alan holds the position of Executive Consultant, and later promoted to Chairman of the Board by Sam. He was the man who sent Sam to Flynn's Arcade to investigate a message, starting the search again... 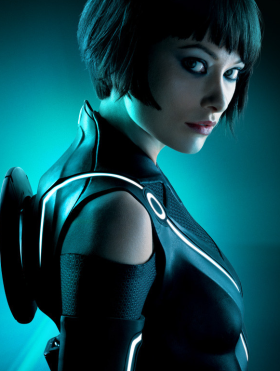 "You could say I was a rescue."
Played by: Olivia Wilde
CLU 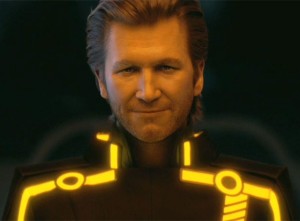 "Out there is our destiny!"
Played by: Jeff Bridges
Rinzler/Tron
"I fight for the Users." 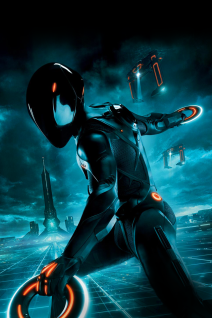 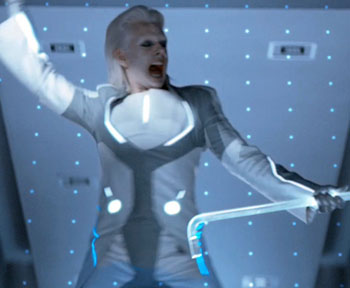 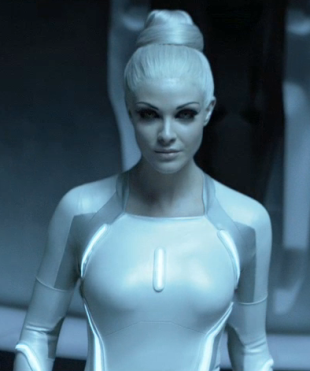 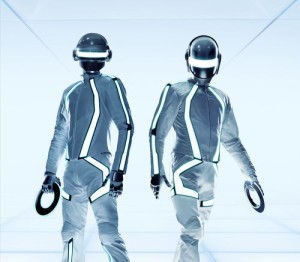 Played by: Daft Punk
The Grid Announcer
The Black Guards
The Sentries