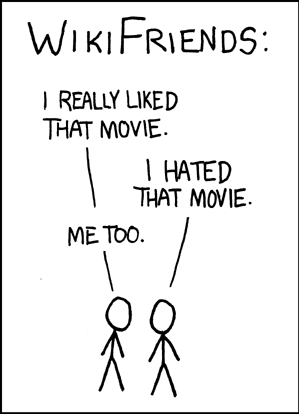 Bob decides the way to curry favor with Alice is to agree with her, even when it means getting entangled in absurd contradiction. Sometimes Alice decides to feed Bob rope; sometimes she's just oblivious.

This is common with fictional depictions of royalty - particularly when the character doing the fawning is deviously scheming their way into power. It also shows up a lot when Bob is attracted to Alice.

Sometimes a character like this gets handed down an Anvilicious Be Yourself message. A typical dialog runs like this:

A Yes-Man is an assistant (in a business or political capacity) whose job is to make a lot of Opinion Flipflops. Favouritism Flip Flop is a subtrope where Bob openly says he hates something until Alice says she likes it. Verbal Backspace is a related trope where subsequent dialogue forces someone to change opinion on the fly, which can overlap (eg."It's hideous!", "I made it myself.", "Hideously beautiful!"). Compare Confession Deferred.