Series / Made in Canada 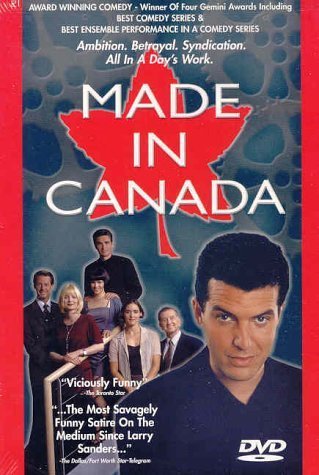 Made In Canada (generally known as The Industry outside of Canada) was a 5-season Canadian sit-com that ran on CBC Television from 1998 to 2003. As a satire of the film and television industry, it featured the inner workings of a fictional Canadian production company, Pyramid Productions.

Plots typically revolve around Richard, Veronica, and Victor stabbing each other in the back as they try to climb to the top of Pyramid by currying favour with Alan (for whom they secretly have no real respect), or the shooting of films and television series (especially the fantasy series The Sword of Damacles and the long-running period drama Beaver Creek) which run into problems due to clashes of egos and/or Alan's poor planning and corner cutting. In the process, numerous storytelling and production tropes are discussed by the characters, while Pyramid's productions attract in-universe examples of a variety of audience reactions.