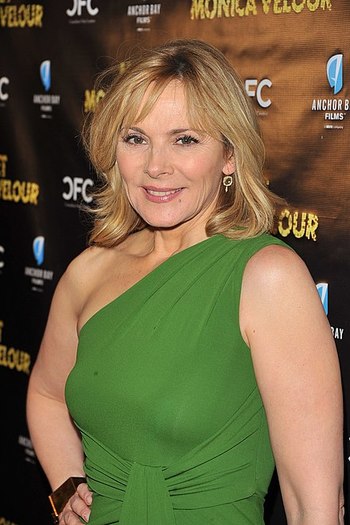 Kim Victoria Cattrall (born 21 August 1956 in Liverpool, England) is a British-Canadian actress best known for playing Samantha Jones on Sex and the City. Before that, she appeared in films such as Police Academy, Big Trouble in Little China, Mannequin and Star Trek VI: The Undiscovered Country.