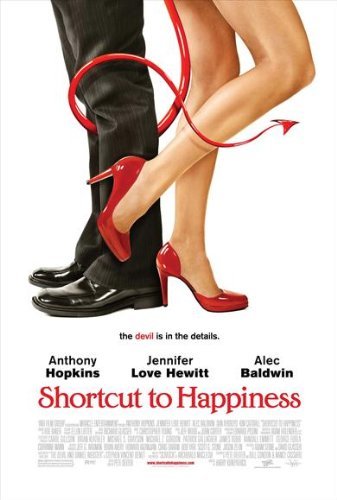 In Manhattan, ambitious writer Jabez Stone (Baldwin) is a complete loser. He is not able to sell his novels, he lives in an awful apartment and he does not have success with women. When one of his friends, Julius Jensen (Dan Aykroyd), sells his novel for one hundred ninety thousand dollars to an editor, Jabez feels envious and promises to sell his soul to the devil for success and accidentally kills a woman with his typewriter. The devil (Love Hewitt) knocks on his door, fixes the situation, and seals a contract with Jabez. His low-quality novels have bad reviews but become best-sellers; Jabez enriches; he has success with women, but he has no time for his friends. Jabez meets with publisher Daniel Webster (Hopkins), who offers him a chance to break the contract with the devil.

Tropes in Shortcut to Happiness include: