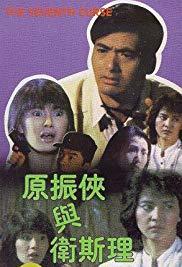 Yuen is a doctor living on borrowed time. You see, a year ago, he saved a girl from Human Sacrifice by a tribe in Thailand, but they placed seven Blood Curses in his body, which will kill him when they all burst. Taking the advice of Occult Detective Wisely, Yuen goes back to Thailand to take down the tribe and cure his curse. Unfortunately, he must use his martial arts skills to battle monsters hellbent on stopping him.