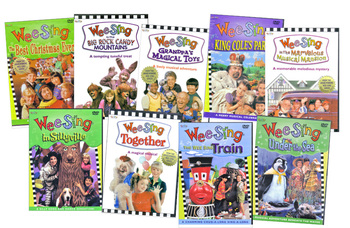 The series initially started out as a series of songbooks in 1977, the first of which was titled "Wee Sing Children’s Songs and Fingerplays". In 1981, the series would add audio cassette tapes to the books as companion pieces, with the books becoming more or less lyric sheets.

This was taken one step further in 1985, when the first Wee Sing video, Wee Sing Together, was produced, beginning a series of videos that continued until 1996 with the release of Wee Singdom.

These films include examples of: