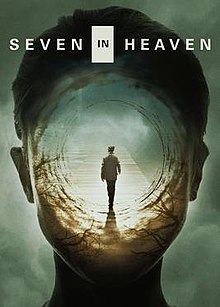 Seven in Heaven is a horror film released on October 5th, 2018 by Universal and Netflix starring Travis Tope and Gary Cole. It centers around two teenagers, Jude and June, who discover they have entered a sinister parallel world after both go in a closet for a game of "Seven Minutes in Heaven".