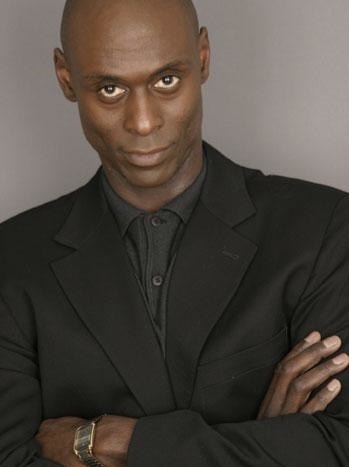 "I wish I were LeVar Burton."
Advertisement:

Lance Reddick (born December 31, 1962 in Baltimore, Maryland) is an American actor and musician, best known for portraying Cedric Daniels in The Wire and Phillip Broyles in Fringe. He is also known for playing Det. Johnny Basil on Oz and Matthew Abbadon in the fourth and fifth seasons of Lost. Due to his tall stature and imposing baritone, Reddick is often typecast as figures of authority.