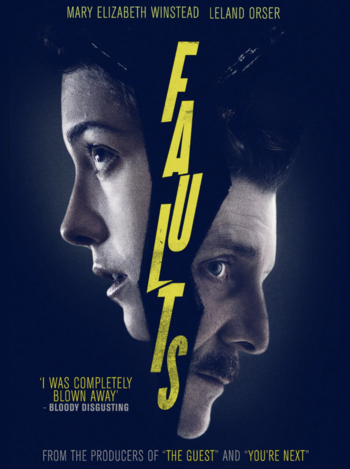 Faults is a 2014 dark Dramedy directed by Riley Stearns (The Art of Self-Defense).

Ansel Roth (Leland Orser) is a cult specialist who's career saw a sharp decline just before the release of his second book. When he's approached by a married couple who fear their daughter Claire (Mary Elizabeth Winstead) has been brainwashed by the recently emerged cult "Faults," Ansel decides to attempt the risky process of deprogramming her in an attempt to earn enough money to pay back his former manager of ten years who's just dropped him as a client. Things slowly spiral out of control from there.