open/close all folders
The BFFL 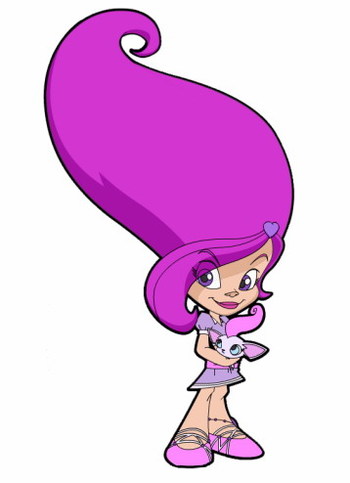 The leader of the BFFL. She is a total sweetheart, and acts as the heart of the BFFL. She's generally kind and eager-to-please, but can be hard on herself in tough situations. Amethyst was the last of her friends to get her gem glow, and finds she's a natural spellcaster. Her boyfriend is the cute, clumsy Coal, and her Ancient is her grandma. 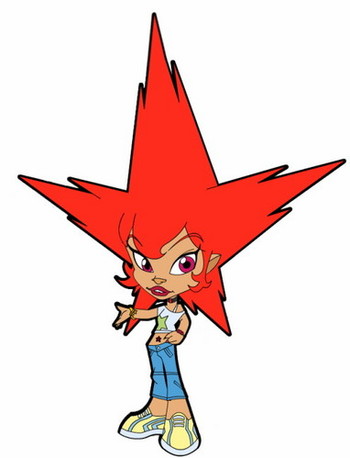 Ruby Trollman is the second-in-command the BFFL. Coming from a rich family, she can be spoiled, self-centered, and abrasive, and has trouble asking for help or admitting when she makes mistakes. Ruby's also not the best spellcaster, but she has nerves of steel and never backs down from a challenge. Her boyfriend is the muscle-bound Rock, and her Ancient is Obsidian. 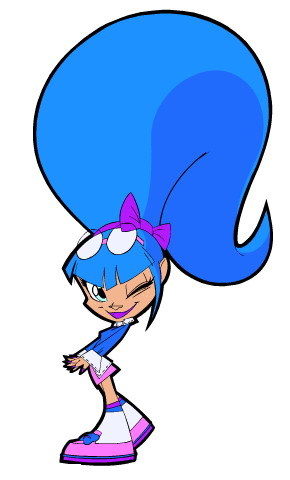 Sapphire Trollzawa is smart and ambitious, and takes studying and learning more seriously than her other friends. She can be shy at times, but Sapphire knows quite a lot about history, science, and much more, making her useful in dangerous situations. Her boyfriend is the nerdy Alabaster, and her Ancient is Mr. Trollheimer. 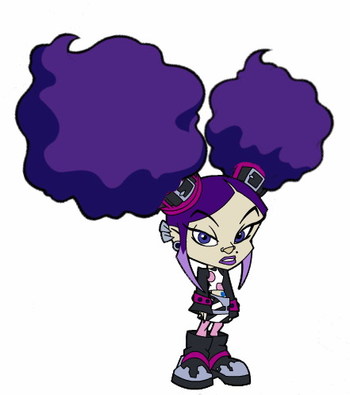 Onyx von Trollenberg is a not-so-scary goth. She has morbid interests and can be sarcastic at times, but she's a genuinely good friend who's willing to listen, even if she strikes off alone at times or has trouble asking others for help. Onyx is not good at driving, but is good at casting spells. Her boyfriend is the emo poet Flint, and her Ancient is Spinell. 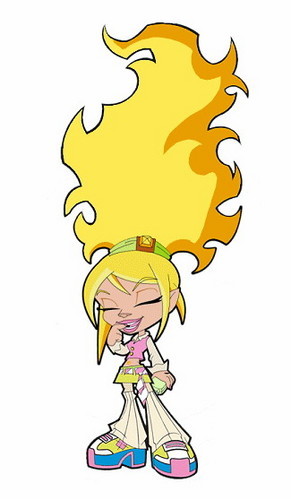 Topaz Trollhopper is a fashionista, and isn't always aware of what's going on at times. Silly, sweet, and serious when she has to be, Topaz tends towards the quirky side of things, which can help her friends in a bind. Her boyfriend is the hip-hop cool guy Jasper, and her Ancient is Zirconia.

The operator of the spell shop at the Trollzopolis Mall, Obsidian has a very wide array of knowledge. Though she mentors all five of the BFFL as a whole and was the first of the five Ancients that the girls met, Obsidian's definitely the closest to Ruby Trollman, especially since Obsidian is Ruby's Ancient. Obsidian's advice can sometimes be cryptic, but she generally has a good reason for keeping secrets. She and the other Ancients fought Simon 3,000 years ago.

One of the five Ancients who is not only Amethyst's grandmother, but is also her granddaughter's Ancient. Similar to Obsidian, while Grandma van der Troll is obviously closer to Amethyst than the other four members of BFFL, she mentors all five of them as a whole and is always eager to listen or help if the situation calls for it. She is knowledgeable about spells, and has several magic artifacts in her possession for safekeeping.

Voiced by: Jason Connery
The girls' science teacher at Trollzopolis High School who's one of the five Ancients who fought Simon 3,000-years ago and is eventually revealed to be the Ancient-counterpart of Sapphire, The Smart Guy of the BFFL.

Topaz's Ancient who also happens to be Spinell's wife. She fought Simon long ago alongside the other Ancients, but it came at a cost—he imprisoned her within a tree for 3,000 years, draining her magic. At first, Topaz was in denial of Zirconia being her Ancient, but eventually came to accept it, especially when she and Zirconia bonded over a common interest in fashion. Much like Topaz, Zirconia can be rather quirky, but she's also a powerful sorceress and has a psychic powers.

Onyx's Ancient who also happens to Zirconia's husband. Much like his wife, Simon imprisoned him for 3,000 years—this time as a fire-breathing dragon made to guard the tree Zirconia became. Spinell tends to be snappy and sarcastic, but is good at magic, even if the long imprisonment drained his powers some. And just like his wife, Spinell has psychic powers. 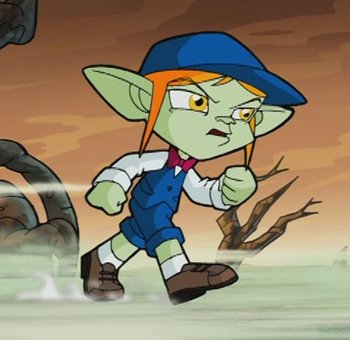 The main villain of the series. Simon is a gremlin who's over 3,000 years old, and was banished to the Shadow World for imprisoning two of the five Ancients, turning most of the good magic evil, and destroying the world of the Trollz as they knew it. His actions led to magic being greatly reduced for Trollz. Once the BFFL accidentally free him, he intends to finish what he began and conquer the world—but luckily, the Magic of the Five can put an end to his evil plans. Simon isn't one to give up so easily, though, and returns again and again to take over Trollzopolis. 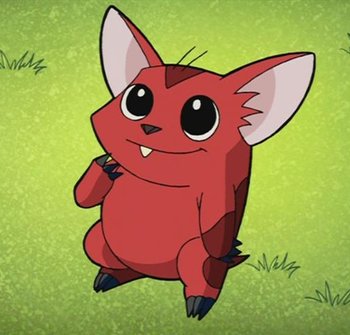 Simon's sidekick and pet. Snarf looks like a cute puppy, but can transforming into a ravenous, rampaging ogre-beast at will. Luckily, Snarf isn't too bright, and he tends to be banished alongside his master whenever their plans are foiled.

Amethyst's boyfriend. Coal is cute and clumsy, and is generally the most sensible of the boys—but he does have a mischievous side now and then. He rides a hoverboard.

Ruby's boyfriend. Rock is all muscle, and isn't too bright, but his love for Ruby and determination to help are sincere.

Sapphire's boyfriend. While nerdy, Alabaster comes from a rich family, and his state-of-the-art technology has helped the BFFL more than once.

Topaz's boyfriend. He used to have hair until a hair-removal spell was cast, but dug how it went with his hip-hop style. Jasper likes parties and music, as well as being cool—but what he likes most is being himself.

Onyx's boyfriend. Flint is an emo poet who plays a rocking guitar, and while his poems may be out-there his heart is in the right place. 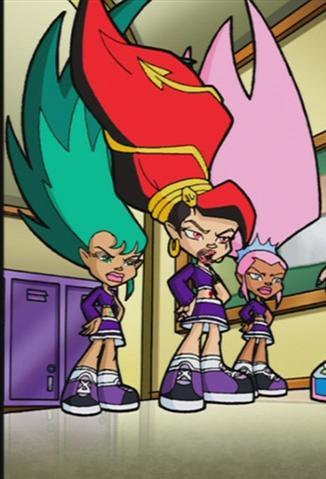 A trio of cheerleaders at Trollzopolis High School who're frequently mean to the BFFL. Coral in particular is spoiled, haughty, and perpetually stuck-up. 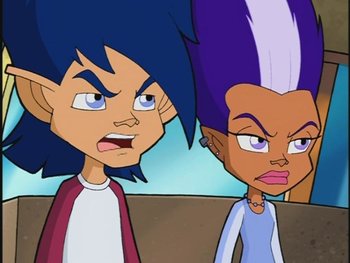 Villains for episodes 7-9. Mica is a hotshot Skoot racer, while Shale is his girlfriend, and they have designs on Sapphire to help Mica win the big race.

The test subject for many of the Spell Moments, whether he likes it or not.