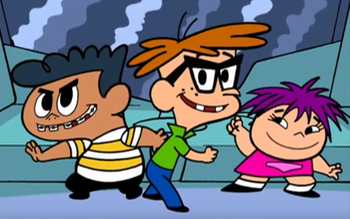 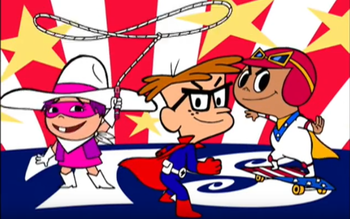 The Middle of the team who has parents that run a sporting goods store.
Brenda / Rope Girl

The Heart of the team and Crandall's puppy love
Advertisement:

The chief of police and a former US Cold War secret agent. 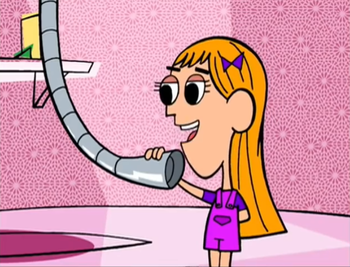 A clown-themed villain who's MO is to steal birthday gifts.

Owner of a gambling enterprise who seeks to build a casino in the city by any means necessary.
Laser Pirate

Mr. Paulson's former assistant Crawford. He stole the Mega Gauntlets, Mr. Paulson's most powerful creations, in a bid to take over.

A woman with hypnotic powers who seeks to rule over everyone as queen.
Dehydro