The Love Interests and the player character who appear in Doki Doki Literature Club!.

WARNING: All spoilers are unmarked due to the inherent nature of discussing the game's plot twists. If you have not played to the end of the game, read at your own risk. 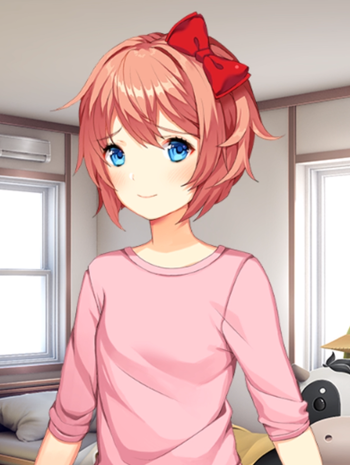 Bundle of Sunshine.
"You're wrong. Nothing happened to me. I've always been like this. You're just seeing it for the first time."

She is your Childhood Friend, who invites you to the Literature Club. Sayori has a bright, vibrant personality, even if she can get a little klutzy. 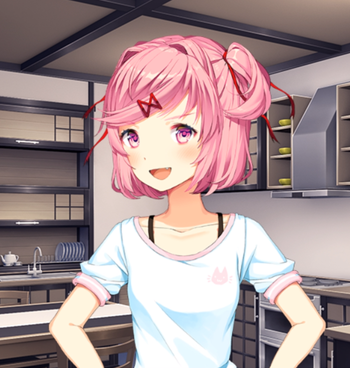 Cute on the Outside.
"I guess it's fun sharing something you like with someone else."

A small, pink-haired girl in the club who, while she appears cute, is actually quite sour and feisty. She makes excellent cupcakes. 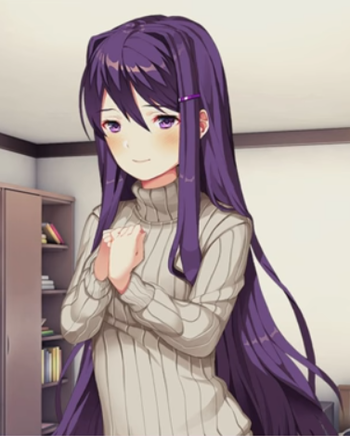 Maiden of Mystery.
"I don't need to go out and do crazy things to have fun."

Yuri is a timid girl with long dark purple hair. While she is shy, she can speak up when she is passionate about something. She loves fantasy and horror novels and collects knives.

Monika
Visit this page for information about Monika.
Main Character 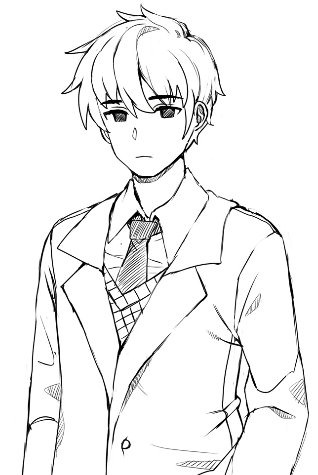 A sketch of what he'd look like if he were an actual character, as of DDLC Plus.
The player character, a generic Japanese high school student with typical otaku interests. His introduction into the Literature Club is what drives the story. You decide his name.
Advertisement:
The Developers

Various employees of Metaverse Enterprise Solutions. They created the original Doki Doki universe where the main game takes place, as well as a control universe where the side stories take place, as an experiment to see how one would deal with the situation of being trapped in an artificial universe. Their e-mails and files are accessible as the player progresses and gets achievements throughout the game.