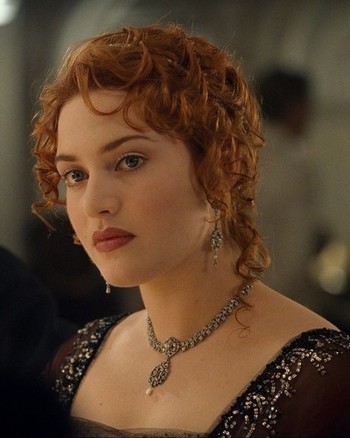 "Titanic was called the ship of dreams, and it was. It really was."
The female protagonist of the film. She is a first class passenger engaged to Cal Hockley. She couldn't bear the stress of her expectations and attempted suicide. She was saved by third class passenger Jack Dawson, who she fell in love with. Together they start an affair that doesn't last long when Titanic strikes the iceberg. 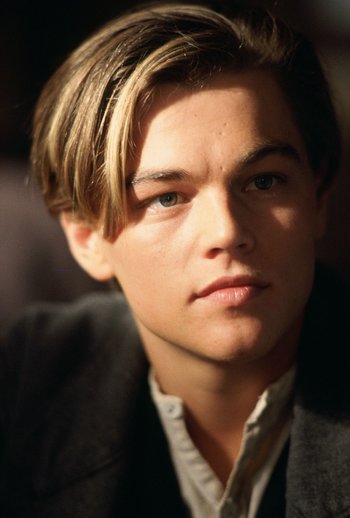 "I'm the king of the world!"
Male protagonist. A third class passenger and skilled artist. He won the Titanic tickets at a gambling game, and goes on the voyage with his friend Fabrizio. He saves Rose from committing suicide and soon befriends her. Their love affair doesn't last because shortly after, Titanic sinks. 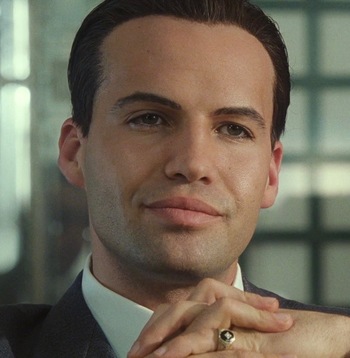 "A real man makes his own luck."
A first class passenger and Rose's fiancee. The son of Nathan Hockley, a steel tycoon in Pittsburgh, he is distrustful of Jack even when he saved Rose, and becomes wary of their friendship. Naturally he gets mad when he finds out about their affair and plans to frame Jack for stealing the Heart of the Ocean. He would have gotten away with it, if the boat had not hit the iceberg. 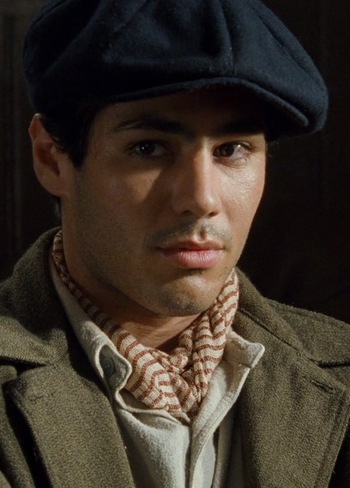 "I can see Statue of Liberty already! Very small, of course!"
Jack's best friend who accompanies him on the voyage to America. 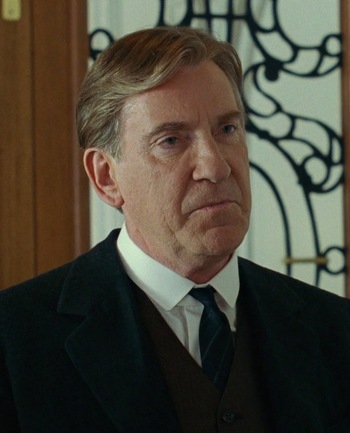 "Compliments of Mr. Caledon Hockley."
Cal's right hand man accompanying him during the voyage. He helps Cal frame Jack for stealing the Heart of the Ocean. During the sinking, he and Cal try to look for a way off the ship when their access was denied. 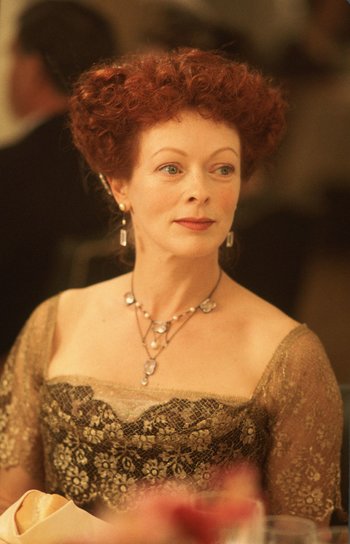 "So, this is the ship they say is unsinkable."
Rose's indifferent mother. While she loves her daughter, she sees class before Rose's happiness.

An Irish immigrant who befriends Jack and Fabrizio.

A Norwegian immigrant whom Fabrizio becomes enamored with.

Two Swedish brothers who lose their tickets aboard Titanic to Jack and Fabrizio.

Naval architect and Master Shipwright of Harland & Wolff Co. who oversaw the design and construction of Titanic. He was on board to assess the general performance of the ship and note any changes that were needed.

The owner of White Star Line.

The officer of the watch on duty when Titanic hits the iceberg.

The highest-ranking officer to survive the sinking.

Junior officer who is placed in charge of Lifeboat 14, and the only one to try to find survivors after the ship sinks. He's the one who saves Rose in the end.

Junior officer on the bridge when the ship hits the iceberg. He dies in the sinking.

One of the quartermasters, he's the sailor at the wheel when Fleet and Lee spot the iceberg and is the one to turn it "hard to starboard" and "hard to port". He's also the only one on the bridge during the iceberg strike to survive, via Boat 6, the same one Molly, Fleet, and Ruth leave in.

The ship's lookouts who sight the iceberg.

The gourmet chef and chief baker on Titanic. He was on the sinking ship's stern as it went down, swam to the overturned Collapsible Lifeboat B, and lived to tell the tale. He encounters Jack and Rose during the final moments of the vessel's sinking.

The ship's carpenter. He helps inspect the damage to the ship after the iceberg collision.

The richest man on board.

A socialite whom Rose's mother calls "new money," as her husband had recently struck gold.

A British Catholic priest, who remained behind on the Titanic of his own volition and is seen towards the end of the sinking giving a final sermon and reciting Revelation 21:4.

Fashion designer and entitled husband. They seem to be quite friendly with Rose and Ruth and even Sir Cosmo thinks that Rose is a good match for Cal. Though he is unaware of their relationship. He and his wife survive the sinking in Lifeboat 1.

A writer and amateur historian, frequently shown having cigars and brandy with Cal. He survives the sinking, but the ordeal still made him a "victim" of it in the end due to hypothermia and injuries sustained in the sinking that he died at the end of the year; he's the first survivor to pass away.

An American businessman, one of the elite shown having cigars with Cal.

The leader of Titanic's orchestra. They were instructed to play upbeat music to avoid causing a panic, and continued playing right until the end. He and the orchestra went down with the ship.

The co-owners of Macy's Department Store. They refuse to board a lifeboat if it means being separated and choose to stay together as the ship goes down.

A treasure hunter trying to find the Heart of the Ocean.

Brock's best friend, who helps him in his expedition to find the Heart of the Ocean.