Characters featured in the 2017 Live-Action Adaptation of Beauty and the Beast (2017). For characters of the 1991 animated movie see here. 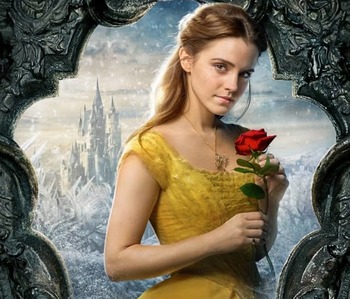 An intelligent and strong-willed French peasant woman. She struggles to fit in with other villagers due to their Stay in the Kitchen and Anti-Intellectualism attitudes. However, the village also acknowledges her as a great beauty, attracting the attention of the self-absorbed town hero Gaston. When her father goes missing, she finds him held prisoner by the Beast and agrees to take his place. 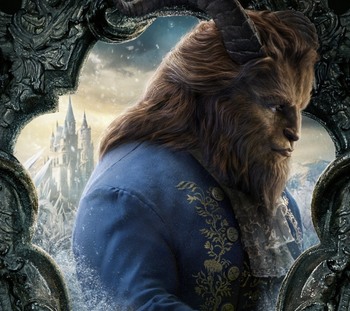 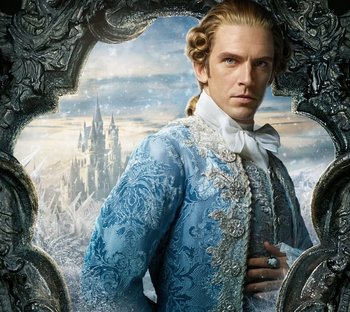 The prince of a nearby castle who was cursed along with his entire household for refusing to give an old woman, really an enchantress, shelter from a storm. He has until the last petal falls from an enchanted rose to learn to love and earn love in return or he and his household will be cursed forever.

In General
All servants and guests unlucky enough to be present at the castle the night the enchantress cast her curse upon the prince and his household. Each servant and guest became living household objects. If the prince does not find love before the last petal falls from an enchanted rose, the servants will lose their sentience and remain objects forever.
Lumière 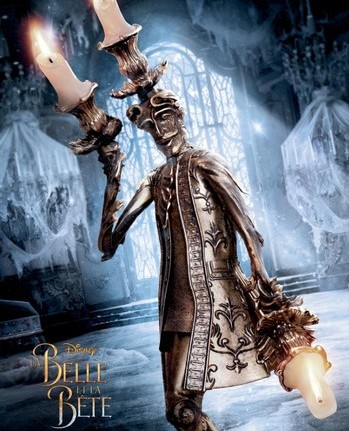 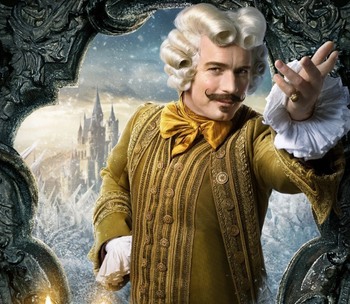 The castle's charming footman, who has been turned into a candelabra. 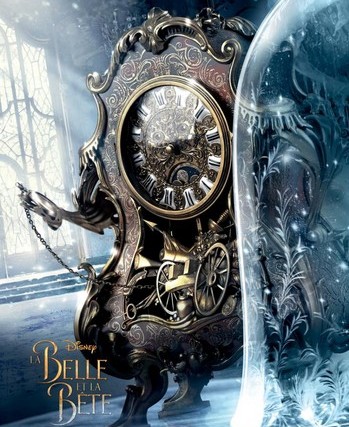 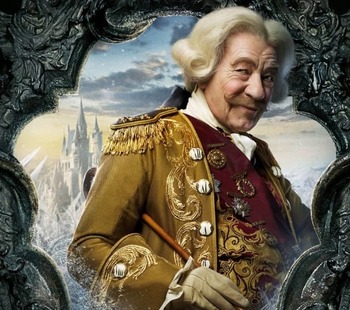 The Beast's loyal majordomo, who was turned into a carriage clock. 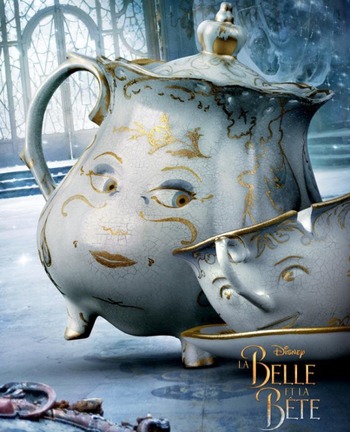 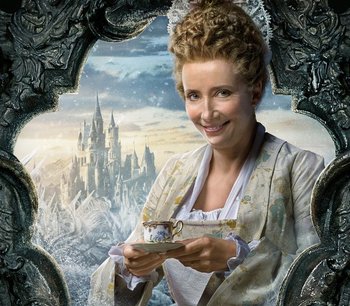 A motherly, kindhearted cook who's been turned into a talking teapot. She is the mother of Chip. 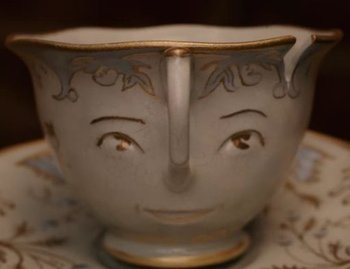 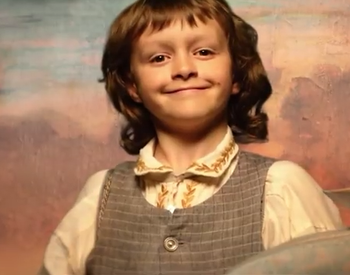 Mrs. Potts' energetic young son, who was turned into a chipped tea cup. 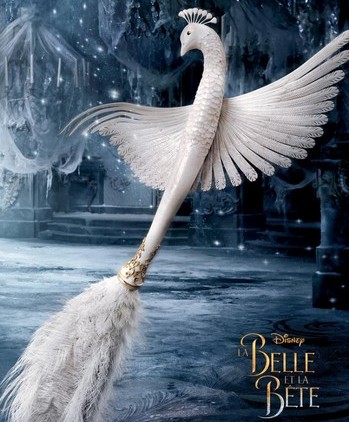 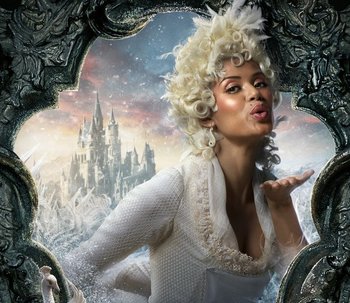 The castle maid, now a peacock-shaped feather duster. She is Lumière's love interest. 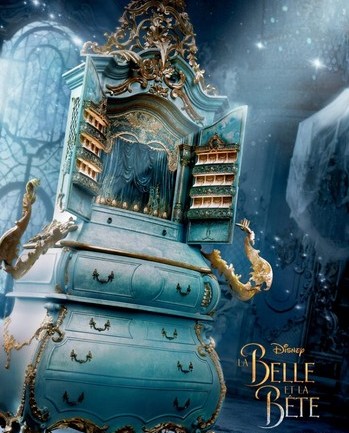 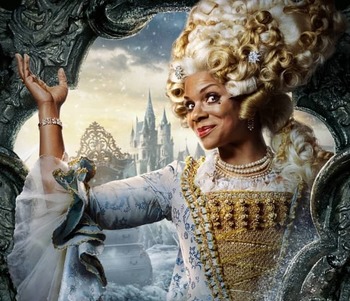 An extravagant opera singer and fashionista, and the wife of Cadenza. She was unfortunate enough to be performing at the castle the night that the curse was placed, and now spends her life as a talking wardrobe. 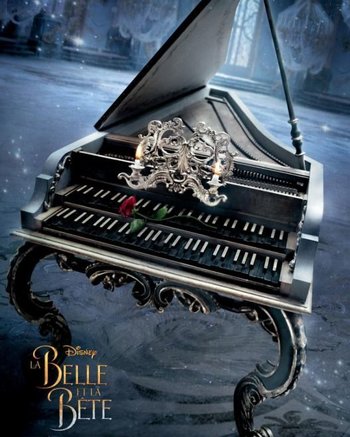 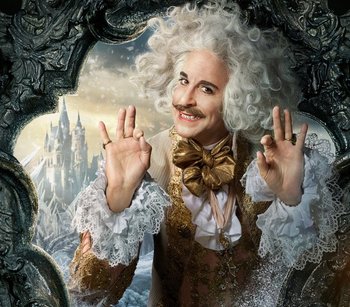 Madame de Garderobe's husband and accompanist, who was turned into a harpsichord. 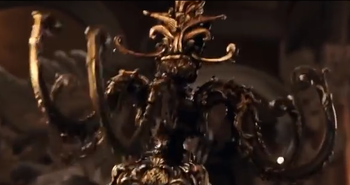 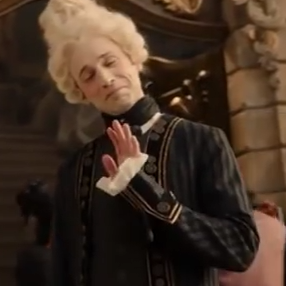 The silent valet who was transformed into a sentient coat rack. Quite a talented violinist and in hand-to-hand combat, thanks to his many arms.

The beloved dog of Madame de Garderobe, who, like her, was unfortunate enough to be at the castle the night the curse hit. He was transformed into a piano stool, but still acts like a relatively ordinary dog.

In General
The somewhat small-minded residents of a poor provincial French village who view Belle and her father as outsiders. They have forgotten the existence of the Prince's castle along with all their loved ones who worked there due to the Enchantress' curse.
Gaston 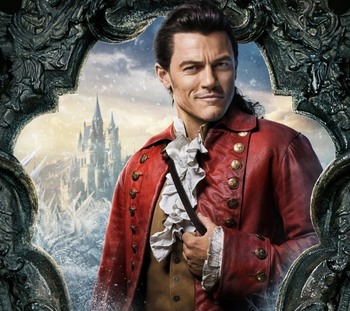 The boisterous and egotistical town hero. He continues to pursue Belle despite her obvious dislike and even verbal rejection of him. 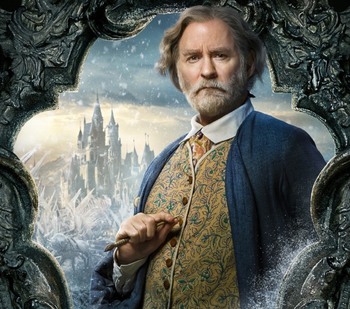 Belle's father and the village artist/ music box maker. He and Belle are both viewed as outcasts due to their intelligence and refusal to adhere to the sexist expectations of most of the other villagers. The major events of the plot begin when the Beast imprisons him in the castle for attempting to take a single rose from the castle grounds for Belle. 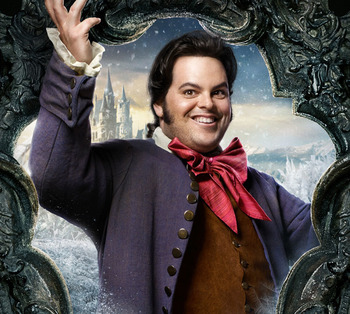 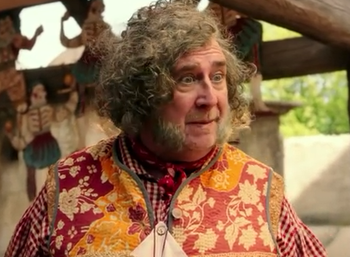 The village potter who shows kindness to Belle and often acts as the voice of reason for other villagers. He is Mrs. Potts' husband and Chip's father.

A shrewish woman in Villeneuve who is later revealed to be Cogsworth's wife. 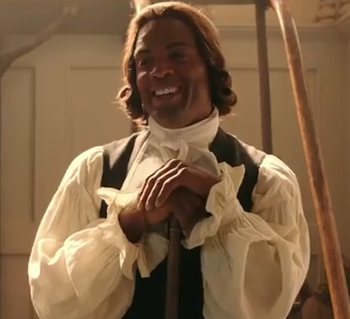 The village pastor who keeps a small library of books in the chapel for the villagers to borrow. 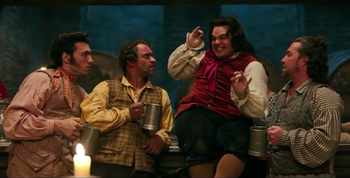 Three men in the village who serve as Gaston's three stooges.

A trio of sisters who fawn over Gaston. 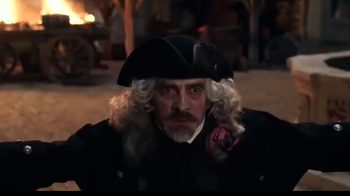 The creepy owner and warden of the local insane asylum, whom Gaston recruits to incarcerate Maurice. 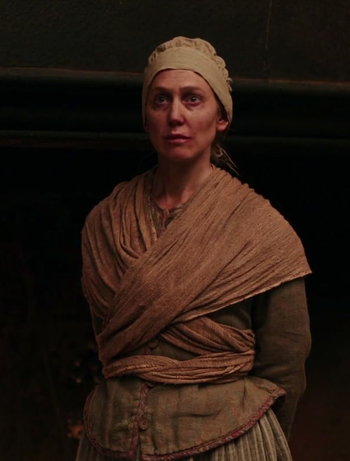 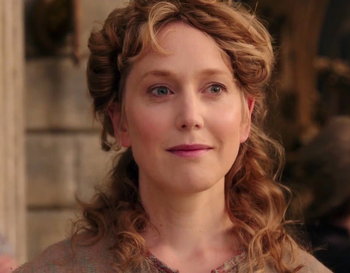 A magical sorceress who curses the prince and his servants for refusing to give her shelter.

Belle's mother and Maurice's wife, who passed away when Belle was an infant.

The Queen
Portrayed by: Harriet Jones

The Prince's kind-hearted mother, who used to raise him a good human being until her death.

The King
Portrayed by: Henry Garett

The Prince's abusive and tyrannical father, and the one responsible for the Prince's selfish personality that eventually led to him being turned into the Beast as well as all his staff becoming household objects.