Characters / Beauty and the Beast

This is for the characters from the Disney animated film and its midquels. For characters of the 2017 Live-Action Adaptation, see here. 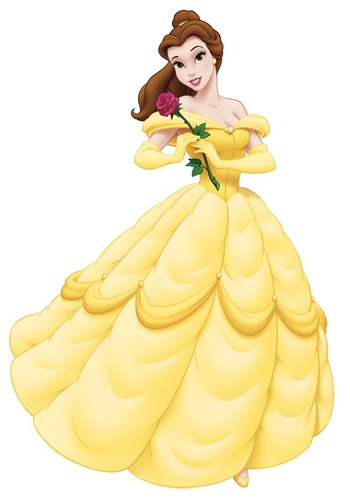 A young French peasant woman with a passion for reading, she is considered the odd one out in her small hamlet, but widely renowned for her great beauty, especially by the narcissistic hunter Gaston. Her father Maurice, while lost in a forest, trespasses upon the castle of a Beast who is a cursed prince. The Beast only releases him when she agrees to stay with him forever, which he hopes will eventually lead to her loving him and break the spell that made him a Beast. After a night of coming to terms with each other, they slowly bond and fall in love. 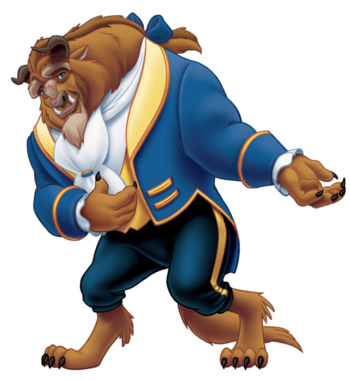 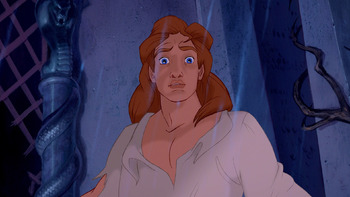 A prince who was transformed into a hideous beast by a beautiful enchantress as punishment for his arrogance. He has the head structure and horns of an American bison, the arms and body of a bear, the ears of a cow, the eyebrows of a gorilla, the jaws, teeth, and mane of a lion, the tusks of a wild boar, and the legs and tail of a wolf.

Residents of the Beast's Castle 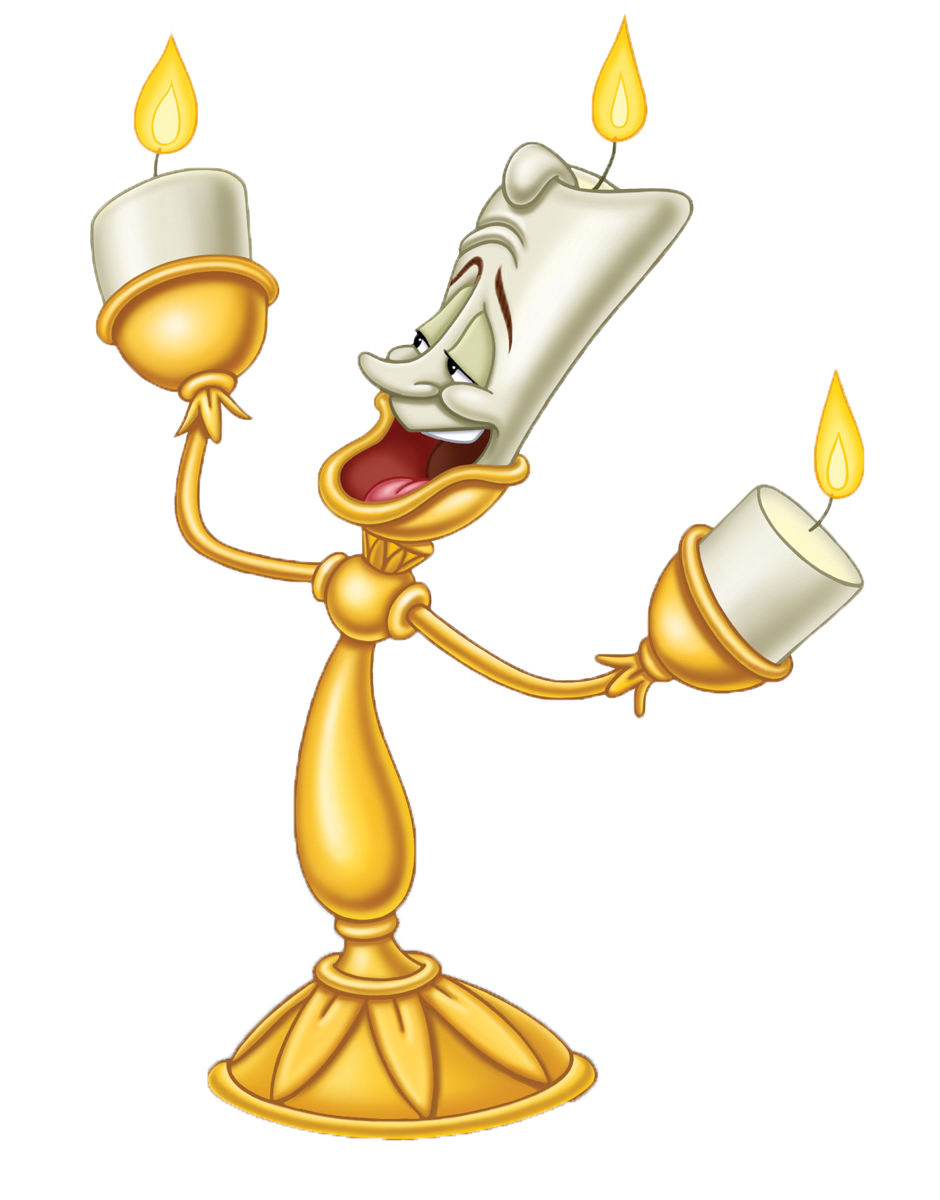 "Ma chère mademoiselle. It is with deepest pride and greatest pleasure that we welcome you tonight. And now, we invite to relax, let us pull up a chair, as the dining room proudly presents... your dinner.
"
Voiced by: Jerry Orbach (1991-2005); Jeff Bennett (2005-present)
Dubbed by: Daniel Beretta (first and third movie), Jean Claude Donda (second film) (European French); Mauro Ramos (Brazilian Portuguese dub)

The kind-hearted but rebellious maître d'hôtel of the Beast's castle, who has been transformed into a candelabra. He has a habit of disobeying his master's strict rules, sometimes causing tension between them, but the Beast often turns to him for advice. He is depicted as flirtatious, as he is frequently seen with the Featherduster and immediately takes to Belle.

He also has a few words to say on this page. 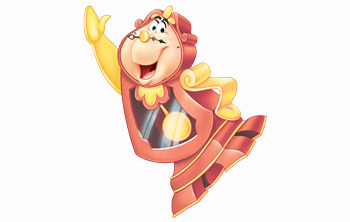 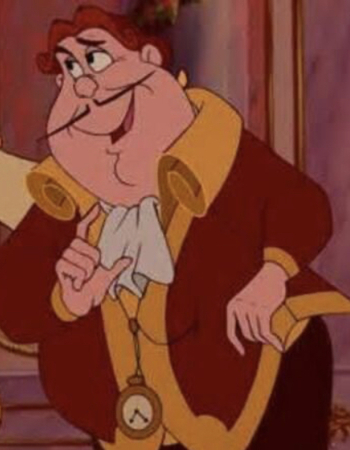 The castle majordomo (head butler of the household) who has been transformed into a mantel clock. He is extremely loyal to the Beast so as to save himself and anyone else any trouble, often leading to friction between himself and Lumière, his off/on friend.
Advertisement:
Mrs. Potts 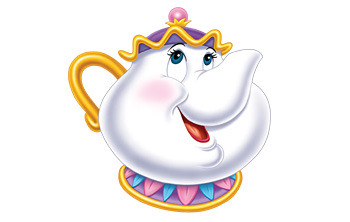 The castle cook, turned into a teapot, who takes a motherly attitude toward Belle. 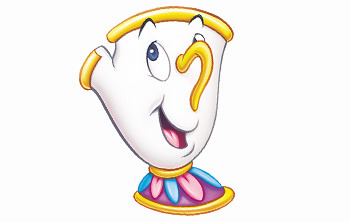 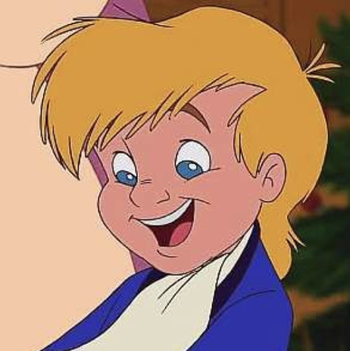 Mrs. Potts' son, who has been transformed into a teacup. 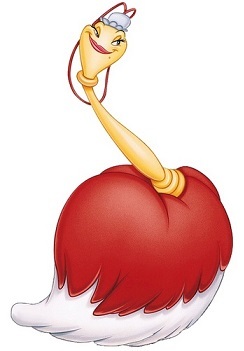 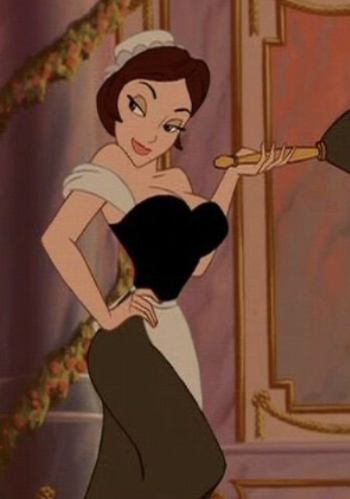 "I've been burned by you before!"
Voiced by: Kimmy Robertson; Josiane Pinson (European French dub)

A maid and Lumière's girlfriend, who has been turned into a feather duster. 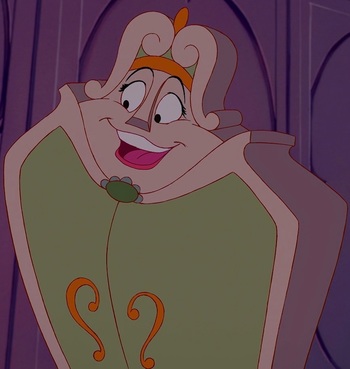 "The master's really not so bad once you get to know him. Why don't you give him a chance?"
Click here to see her true form.note This is from the storybook "Belle's Royal Wedding." Her human form is not seen in the original film. 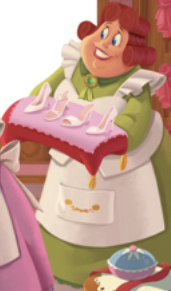 The castle's kindhearted lady-in-waiting, transformed into a talking wardrobe. 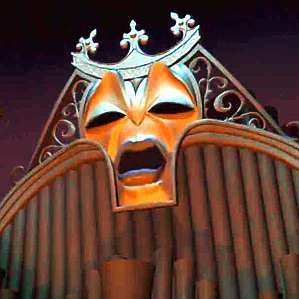 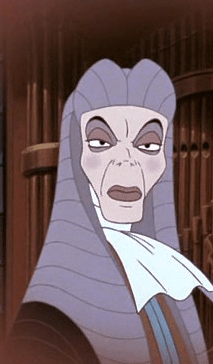 The former organist, lord, and composer, transformed (fittingly enough) into a pipe organ. Forte resides in the West Wing inside a room neighboring the Beast's. 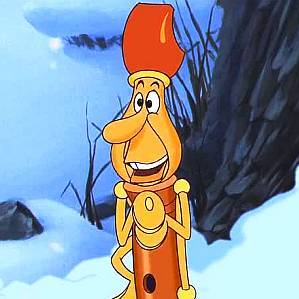 ”Maybe if [Belle] falls in love with [the Beast,] the spell will be broken and we’ll be human again!” 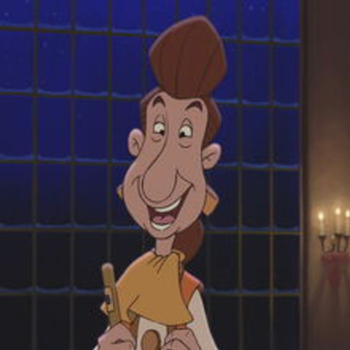 A musician of the castle, transformed into a recorder, and a former sidekick and reporter of Forte. 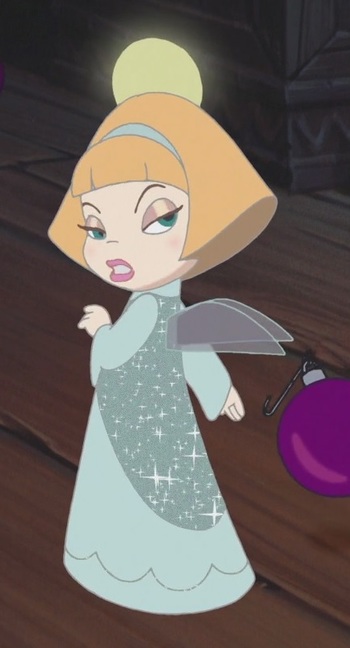 "Ha! Christmas? I refuse to hope for it anymore."
Click here to see her true form. 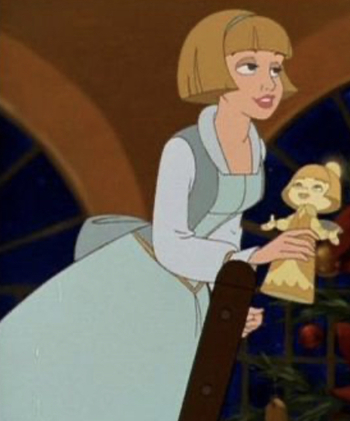 The castle's decorator, transformed into a Christmas angel ornament. 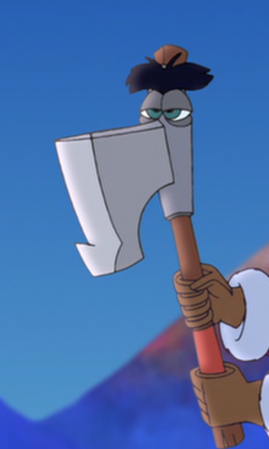 The head of the castle's boiler room crew, transformed into a hatchet.

Residents of the French Village 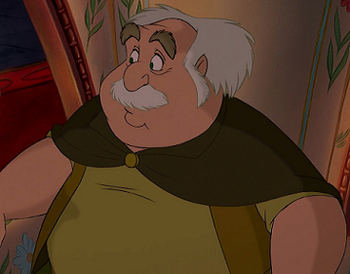 "My daughter? Odd? Where would you get an idea like that?"
Voiced by: Rex Everhart; Georges Aubert (European French dub)

Belle's inventor father. The citizens call him crazy, but his loyal daughter believes he will be famous one day. 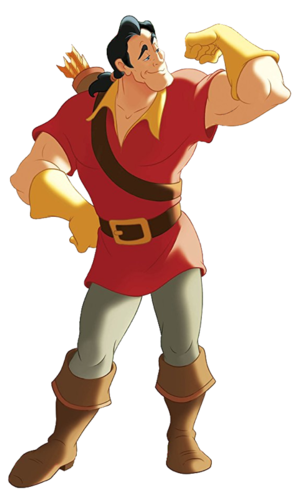 "As a specimen, yes, I'm intimidating!"

A vain, arrogant hunter who vies for Belle's hand in marriage and is determined not to let anyone else win her heart. 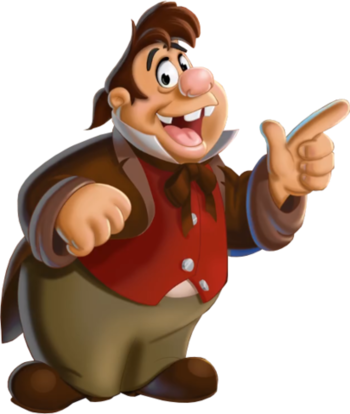 "Gosh, it disturbs me to see you, Gaston, looking so down in the dumps..."
Voiced by: Jesse Corti; Jean-Claude Corbel (European French dub) 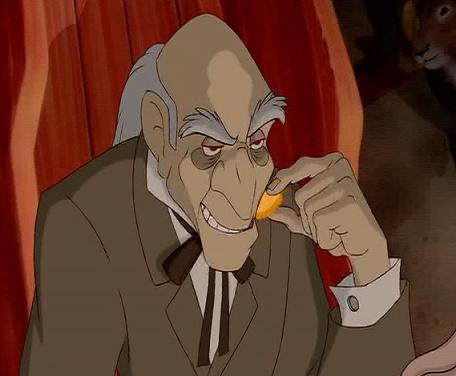 Monsieur D'Arque is the owner of the local madhouse or Asylum for Loons. 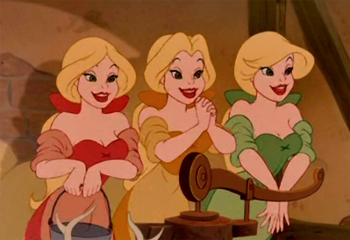 "Look there he goes
Isn't he dreamy?
Monsieur Gaston,
Oh, he's so cute!"

Identical triplet girls from the village who constantly fawn over Gaston. 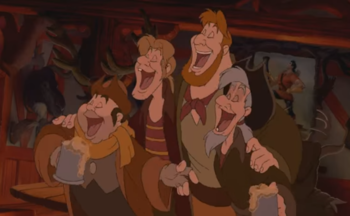 Four of Gaston's Stooges. Unlike the villagers, the Four Stooges are aware of Gaston's schemes and are eager to assist him in any way.

"You have been deceived by your own cold heart. A curse upon your house and all within it. Until you have found one to love you as you are, you shall remain forever a beast."

The Enchantress is an off-screen, minor character, but she is responsible for the events in the story, as it is revealed in the prologue that it is she who curses the Prince to become the Beast. 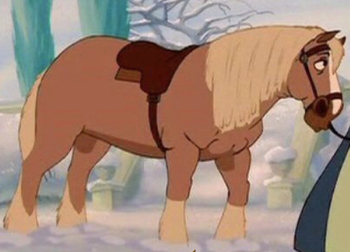 Voiced by: Hal Smith
The horse of Belle and Maurice. He becomes imprisoned with Belle at the castle.

Alternative Title(s): Beauty And The Beast The Enchanted Christmas