Awesome / Beauty and the Beast 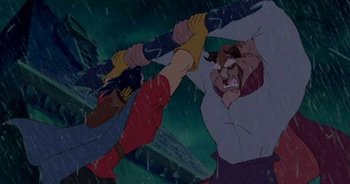 The climactic battle between a savage, bloodthirsty monster and a cursed prince.
Advertisement: