Franchise works with their own Awesome Moments pages: 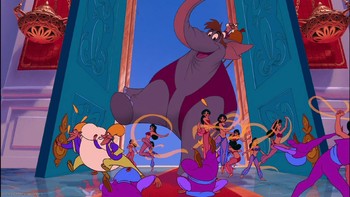