Franchise works with their own Funny Moments pages:

Let's just say there's a very good reason why Chuck Jones labeled this as "the funniest animated film of all time". 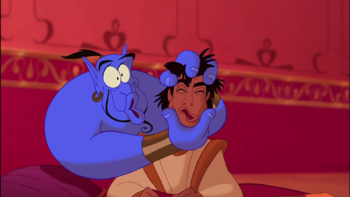 "Genie, I wish you free!"
Advertisement: