Franchise works with their own Tear Jerker Moments pages: 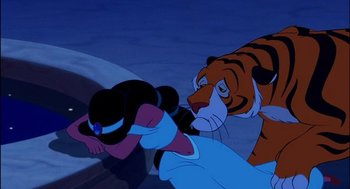 If the only man you ever loved was just declared dead, wouldn't you feel the same way?
Advertisement: