Funny / Aladdin and the King of Thieves 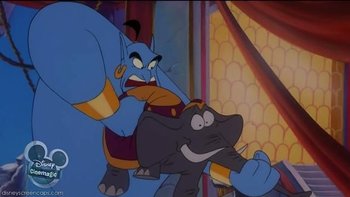 "Don't make me use the other end!"