Characters / Aladdin and the King of Thieves

For characters featured in the entire Aladdin series, go here.

Characters featured in Aladdin and the King of Thieves: 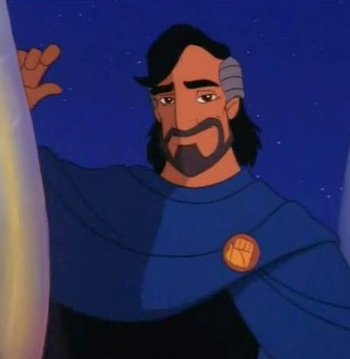 The enigmatic leader of the Forty Thieves, making him the titular King of Thieves. He leads his band to attack Aladdin and Jasmin's wedding, hoping to steal the scepter of the Oracle.

Investigating leads Aladdin to the discover that the King of Thieves is his own long-lost father, who abandoned him and his mother years ago in hopes of finding the legendary Hand of Midas, a mystical artifact that resides on the Vanishing Isle and which can turn anything it touches into solid gold.

In his obsession with finding it and thusly giving his family all the wealth they could ever dream of, he all but forgot about his family, returning only after his wife had died and his son had vanished — unbeknownst to him, having made his own living as a street rat of Agrabah. 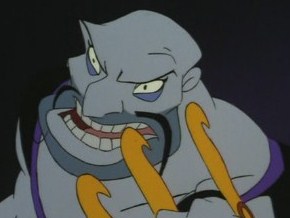 A hulking and intimidating member of the Forty Thieves, Sa'luk remembers the "good old days" before Cassim enforced the "don't hurt the innocent" rule and yearns to lead the Thieves back to that lifestyle. Seemingly killed when Aladdin is forced to join the Forty Thieves to save his own life, Sa'luk escapes and betrays his former gang, then manipulates the remnants to force Aladdin and Cassim to lead him to the Hand of Midas. 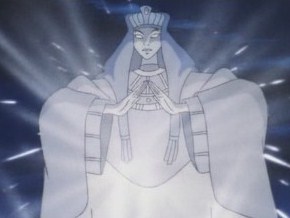 An enigmatic spirit who resides within an enchanted scepter that is unknowingly offered as a wedding gift to Jasmine and Aladdin, this mystical entity will answer with perfect clarity, but will only answer a single question for a single individual in their lives. Cassim and the Forty Thieves wish to retrieve her so they use her to guide them to the Hand of Midas.