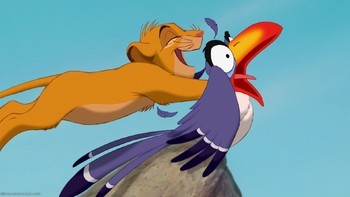 What better way to teach your son to hunt than having him pounce your right-hand man—er, right-paw bird?
Advertisement:

Scar: [As dryly as possible] I see.