Awesome / The Rescuers Down Under 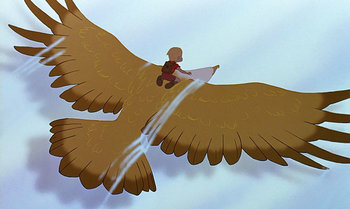 Where was this in the last movie?!