Characters / The Evil Within 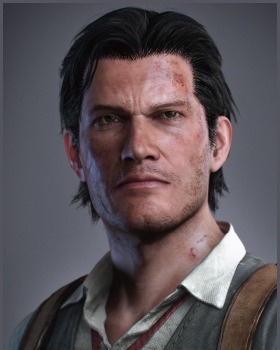 Click here for Sebastian Castellanos in The Evil Within 2 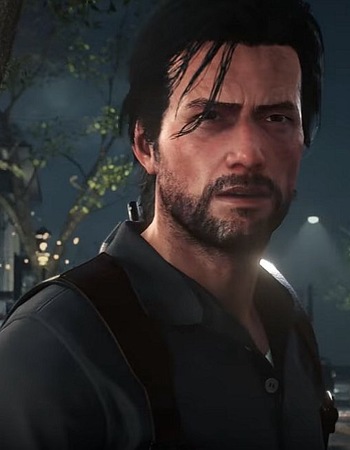 The Protagonist of The Evil Within, Sebastian Castellanos is a decorated detective in the Krimson City Police Department who was called in to investigate a case of 'multiple murders' at the Beacon Mental Hospital, only to find himself and his partners abducted and stranded inside a hellish nightmare-world. Strong willed and tough, there's little that can phase him. 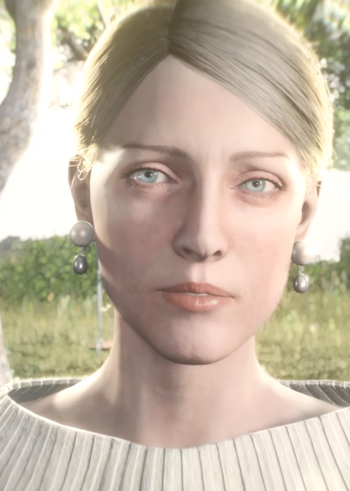 Detective Myra Hanson was the former partner and estranged wife of Sebastian Castellanos, her superior officer whom she met at work. Despite Myra's stern professionalism, she and Sebastian quickly bonded and the duo worked together as an effective team. Their relationship quickly developed into marriage, the result of which was their daughter, Lily Castellanos, who allegedly died in a tragic housefire when she was five. Myra was convinced that their daughter did not die that day, however, and the fire was staged in order for an unknown party to abduct her. She went missing shortly afterwards. 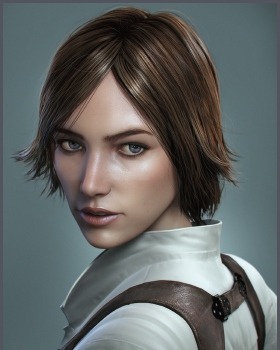 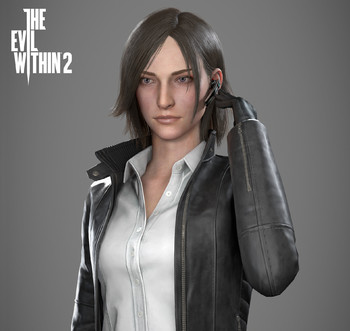 The Deuteragonist of The Evil Within, Juli Kidman is a new detective recently transferred to Sebastian's precinct. On one of her first assignments with Sebastian, they are sent to Beacon Mental Hospital, only to be caught up in a nightmare. Kidman has mysteriously lost her memories of her past and doesn't remember her childhood. She has no recollection of her parents, where she was born or raised, or how she got to where she is. She doesn't see how knowing this information would be of any benefit to her in her life currently, so she's never looked into it. Her only concern is what she has to do now, and what will happen if she fails. 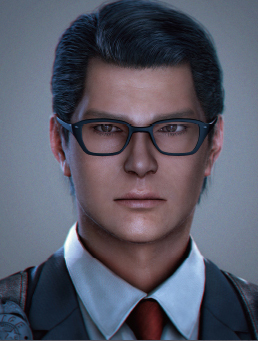 The Tritagonist of The Evil Within, Joseph Oda is Sebastian's steadfast partner and they've worked together for years. They have opposing personalities, but the contrast works in their favor; although occasionally Joseph has to help keep Sebastian in line. He is kind to others but hard on himself, and he doesn't give up on something once he has committed to it. When Sebastian looked like he was in danger of losing his badge, Joseph took the only choice he thought he had left and reported Sebastian to Internal Affairs. 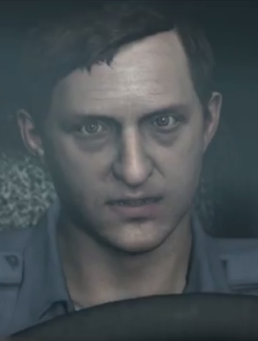 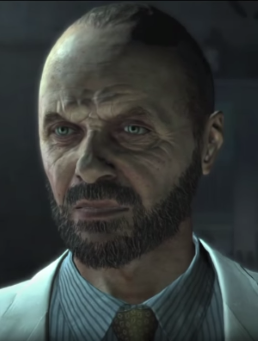 A doctor who works at Beacon Mental Hospital and is Charged with caring for his patient Leslie Withers, Dr. Jimenez seems to be more than what he initially appears. He is the brother of Valerio Jimenez, Leslie's original doctor. 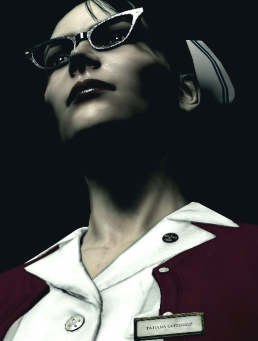 Tatiana appears as a Beacon Mental Hospital nurse, and operates mostly inside the Safe Haven, which as its name implies, is an area in which its inhabitants are (near)-completely safe from any harm, be it from a monster or self-inflicted. She also covers the role of an active hint giver on occasion, usually when a new gameplay mechanic is introduced (Green Gel and the Upgrade Chair, keys, etc...). Other than that, Tatiana herself has very little interaction with Sebastian Castellanos or Juli Kidman other than providing the former with a means to save gameplay progress.

Dr. Jimenez's brother. He runs a clinic in a rural village outside of Krimson City. 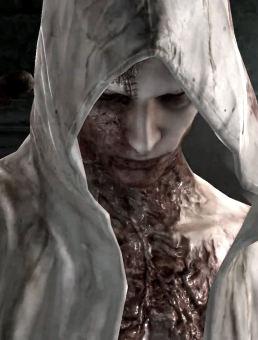 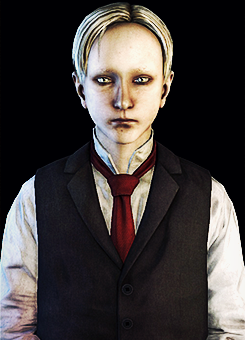 The main antagonist of The Evil Within, Ruvik is a strange man in a white, bloodstained coat who relentlessly pursues Sebastian and co. across the hellish nightmare world. He has a strange aura about him, and has a number of strange abilities, such as teleportation. 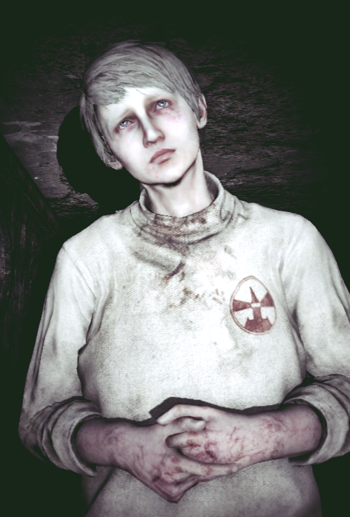 A young patient at the Beacon Asylum. He suffers from cognitive disorders, schizophrenia and echolalia.

Tropes shared by all monsters
The Haunted 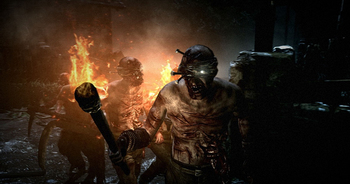 The various "zombies" that make up the bulk of the game's enemy roster. 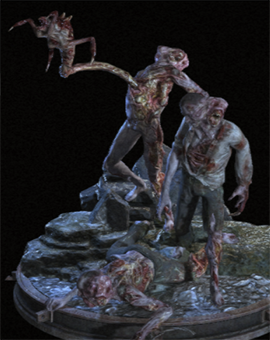 Two-headed monsters that show up in later chapters and act as tougher alternatives to Haunted. 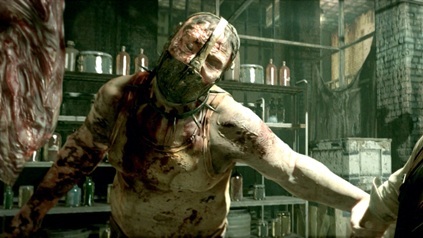 A masked maniac who wields a butcher's knife when first seen, but quickly switches to a chainsaw. 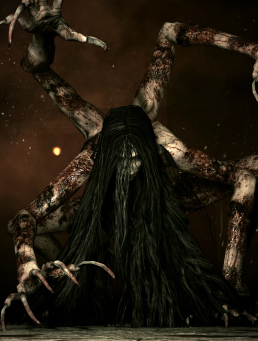 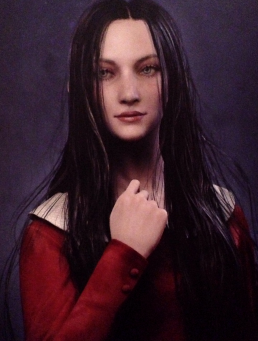 A multi-armed female monster with face-covering long black hair that chases you through narrow hallways beneath the asylum who is the result of Ruvik's anger over his sister's death. 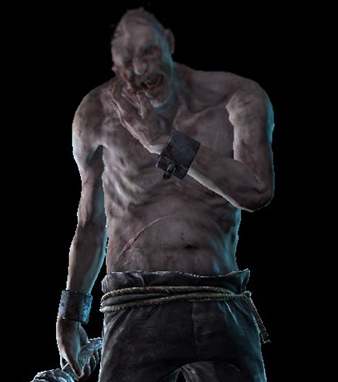 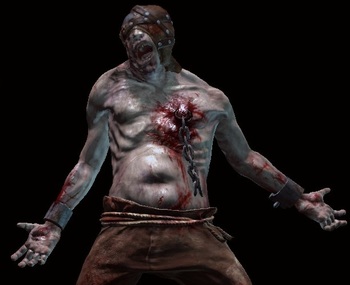 Identical twin orphans who were experimented on in the laboratory under the church and have been mutated into 9 foot tall monsters. 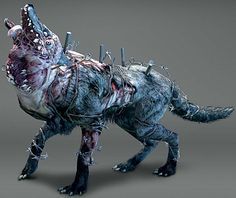 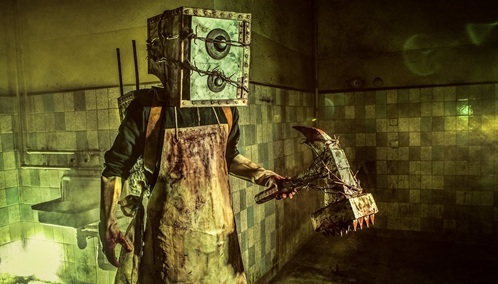 The Keeper is a tall, large-built humanoid clad in what looks to be a butcher's outfit, complete with big rubber boots, gloves, and an apron. He has/wears a safe for a head, which is completely featureless on the inside save for a mass of pulsing flesh where his face would be. Another safe is worn on his back like a backpack or basket, though he never seems to place in or remove anything from it. The Keeper was born from a combination of Ruvik's memory of the safe where he kept his research, and his unbridled rage. The safe head represents the atrocities of Ruvik's past that he's trying to keep hidden, literally crushing anyone who comes near.

His primary weapon is a large meat tenderizer hammer with a large spike on the opposite side, with which he habitually uses to impale a victim through their head. In his other hand, he is most often seen holding a sack filled with the brains of his victims, with spikes and broken orbitoclasts poking out of it in various places. 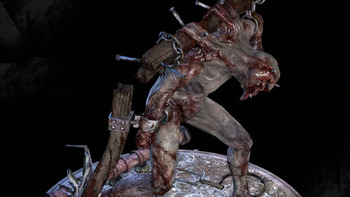 A blind, one-armed, 8-foot-tall monster that pops up occasionally in later levels. Born out of Ruvik's resentment of his father's religion. 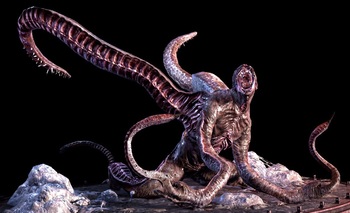 A tentacled creature found in the subways and sewers beneath the destroyed city. Spawned from Ruvik's desire to stay out of sight.

A maneating fish-like monster that eats anyone unfortunate enough to fall into the flooded parts of the cityscape. The result of a test subject accidentally drowning in one of the tubs while connected to the STEM. 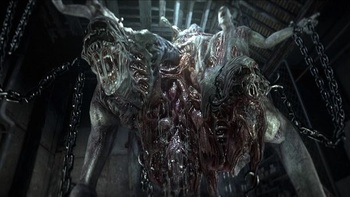 A massive spider-like monster that pursues the detectives through the ruined city. 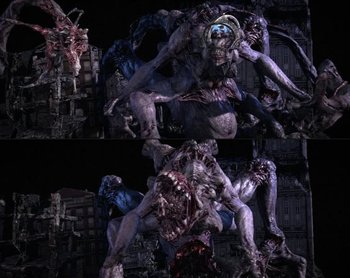 The massive... thing that Ruvik takes control of for the final boss fight. Is built from all the anger and animosity of Ruvik's potentially hundreds of victims as well as his own madness. 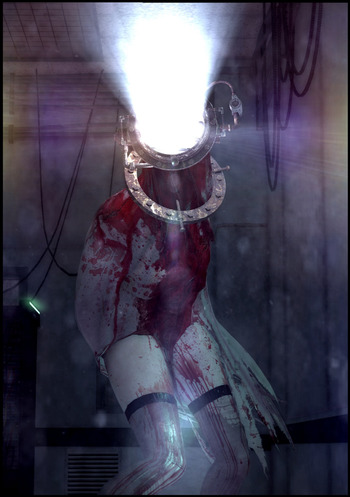 The main monster of The Assignment DLC that relentlessly pursues Juli Kidman. She also appears to be searching for Leslie as well.

General Tropes regarding MOBIUS
A mysterious organization that seems to have some connection with Beacon Mental Hospital. The Assignment reveals that they are the ones behind Ruvik and the STEM project. They sent Juli Kidman into the STEM system to retrieve Leslie, but she realized that doing so would allow Ruvik an avenue of escape into the real world, so she turned on them.
The Adminstrator 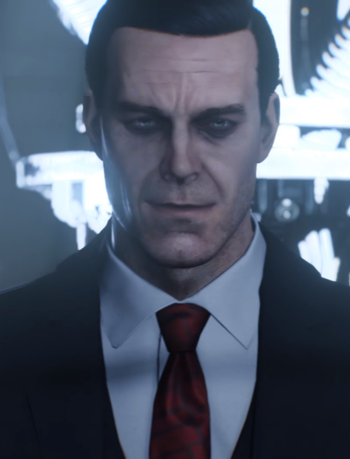 "Do you stand with MOBIUS?"

A high-ranking member of MOBIUS who is responsible for sending Kidman to STEM in order to acquire Leslie. He is the primary antagonist of the first game's DLCs The Assignment and The Consequence. He appears in The Evil Within 2, monitoring Sebastian as he progresses through the Union to retrieve Lily.