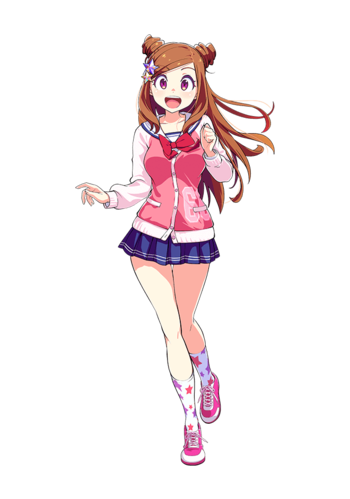 Biodata:
The first of the Magical Girl Warrior heroines, an extremely energetic and cheerful girl and lifelong fan of Magical Girl media. When she and Kaori are plunged into the flux by a hunting demon and Omnis arrives to enable them to fight back if they become magical girls, she jumps at the chance to fight evil before he can finish, and goes on to continue in the same fashion.
Advertisement:
Kaori Tomonaga
Voice Actress: Nana Hiiragi（柊奈々） 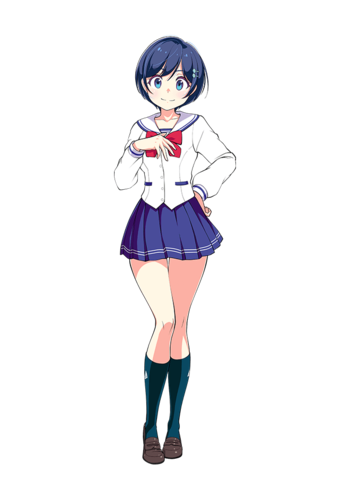 Biodata:
Iroha’s childhood friend and her best friend. A "plain and normal" girl without any strange or niche interests, who prefers the normal and ordinary and has simple and "typical" wishes for her life, preferring to follow social trends and conventions and sharply contrasting with her best friend Iroha. Becomes a magical girl heroine to help Iroha fight off the demons that gave them both the wake-up call to adventure.
Seira Sodeshiro
Voice Actress: Anzu Susaki（栖崎あんず） 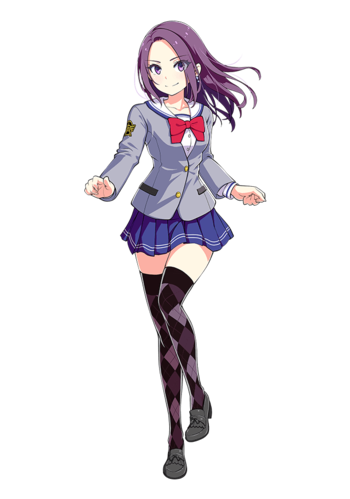 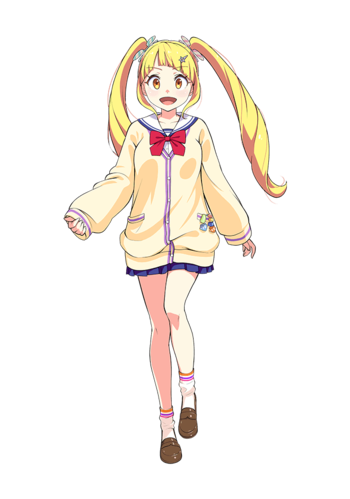 Biodata:
A bubbly, cheerful and unrelentingly sweet student at Arihane with a surprisingly mature side. Seira’s best friend and very popular among the student body in her own right. Joins the magical girl team after she notices certain irregularities associated with demons and the way their victims disappear and shows ability to see Omnis, pushing Iroha and Kaori to reveal their secret.
Akisa Higashiyama 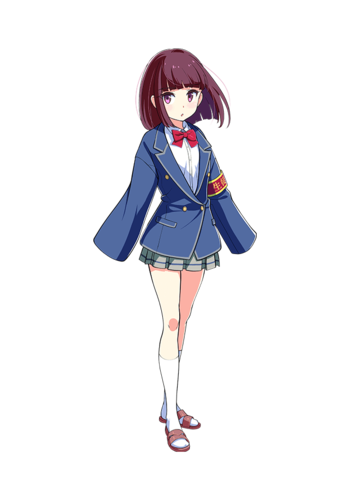 Biodata:
The Secretary of the Takeraho Academy student council. A very serious-minded and intelligent girl who has some trouble socializing. Initially among those disappeared after being consumed by demons, her restoration and rescue pushed her to join the fight against them in order to prevent this from happening to others. Quickly becomes a de-facto strategist and tactician of the group.
Ao Ohtori
Voice Actress: Yukino Ugui（渦井ゆきの） 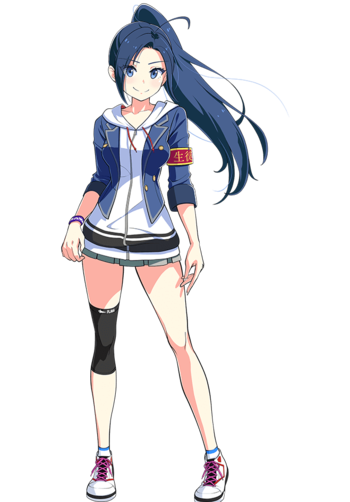 Biodata:
The President of the Takeraho student council. A tomboyish girl always interested in working out and physical activities. Becomes a magical girl together with Aka and Eliza to help even particularly bad odds and save their friend Akisa.
Advertisement:
Aka Ohtori
Voice Actress: Ryouko Tezuka 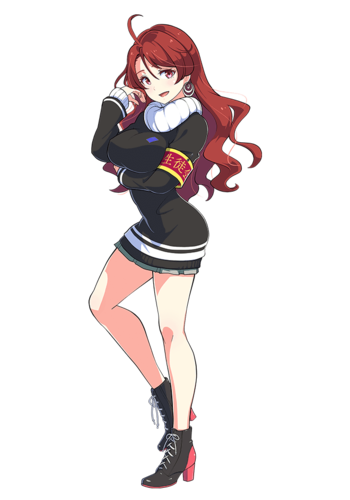 Biodata:
The Vice President of the Takeraho student council. Ao's twin sister, but much more feminine and flirtatious in comparison. Becomes a magical girl together with Ao and Eliza and asserts herself as one of the team's emotional balancers.
Eliza Yukifune
Voice Actress: Haru Aoi（蒼依ハル） 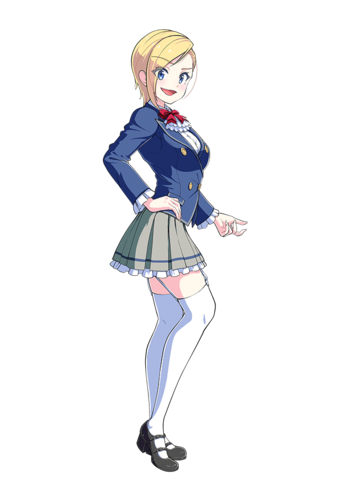 Biodata:
The Accountant of the Takeraho student council. A quirky rich heiress who joins the magical girl force together with Ao and Aka to help Akisa and her new friends fight off a particularly dire threat.
Lilly Yarimizu
Voice Actress: 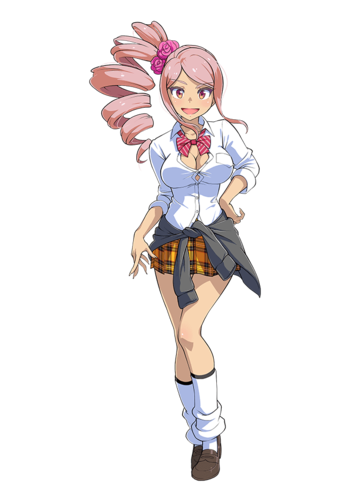 Biodata:
A sporty and fashionable girl with a rebellious streak studying at St. Charles, and Marianne's best friend. Accidentally becomes caught up in the Arihane girls' demon-fighting and shows eagerness to become a magical girl as well, and takes to her new role with a great enthusiasm.
Hanabi Tamaki 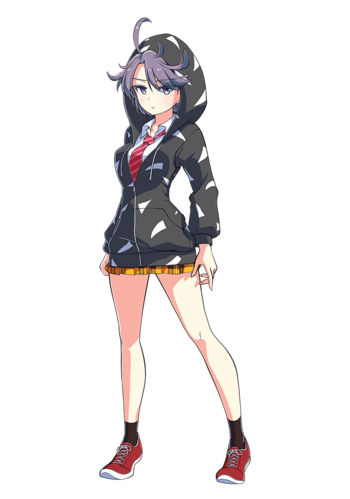 Biodata:
A teenage consummate gambler and St. Charles School's petty moneylender, who is always looking to engage in games of chance and opportunities to make money. Joins the magical girl team after she comes to investigate other students' disappearances and flatly refuses to stand idly by when she displays potential.
Iko Oikawa
Voice Actress: 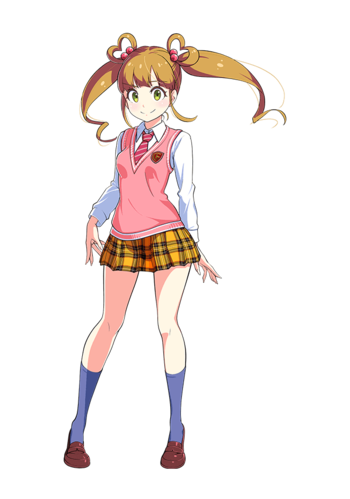 Biodata:
A professional teen idol studying at St. Charles. Her idol persona is the typical cheerful, cute and innocently bubbly deal, but in truth she, a Hiroshima native, is much rougher and down-to-earth, and prone to unleasing pent-up frustration as anger. Becomes a magical girl when her school comes under attack to help the team defend her fans and classmates both.
Advertisement:
Marianne Okada
Voice Actress: Bouquet Hanataba（波奈束風景） 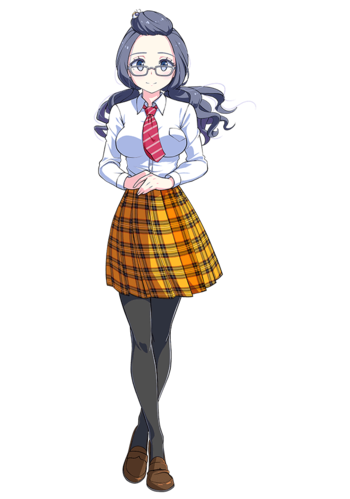 Biodata:
A shy, nerdy and artistic girl from St. Charles who usually keeps to herself and communicates mostly with her friend Lilly. Becomes a magical girl to help save Lilly and her new friends, returning the favour for Lilly's enduring protective friendship. 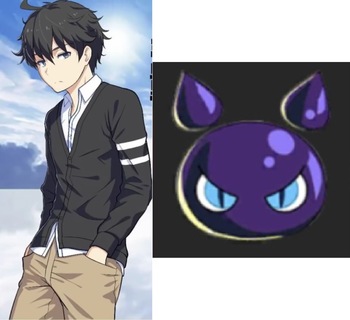 The protagonist of the game. Tobio wakes up in a strange white room and finds himself able to control a black cat-head avatar called "Omnis" in the real world. A mysterious girl calling herself "Kamisaman", the only other presence in his astral room, appoints him an "Executor" and tasks him with recruiting magical girls to fight demons.
Kamisaman
Real Name: Isana Hakarinote Source from Magicami Visual Fun Book. 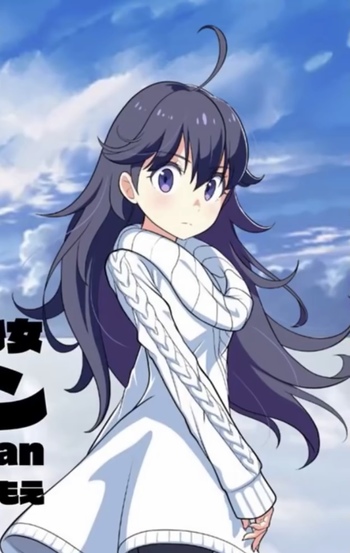 The mysterious girl who appears to have created White Room and invented the Kamisaman System which consists of the Omnisphere, the Dynamisphere app and Sabbath battles, etc. She helps Tobio to use the Mentor Mascot avatar projection program. She's also his young sister.
Junior Idol
Iko's idol rival who is less experienced than Iko. However, she's still nice to everyone.

Demons (and other antagonists connected to demons)

Man-eating monsters that come from another dimension. They serve as the main antagonists.
Demons in General
White Omnis
Voice Actor: Manaka Sawa 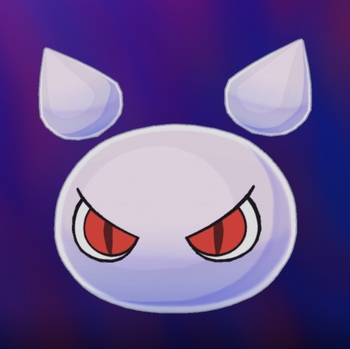 A copy of Omnis, except white in color, who appears to be leading the demons partway through the story. Quickly revealed to be an Alternate Self of Tobio, with the same powers as he has.

Nemesis (SPOILERS)
A version of Iroha who achieved her ultimate form, but also lost all that was dear to her, broken by despair and became a weapon of mass destruction for the Demons.
Vivian 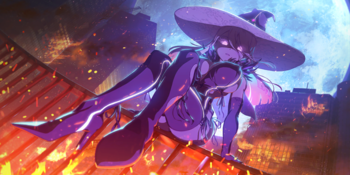 The Dimension Hopping Witch
The Arc Villain of Season 2 and onward, this mysterious Witch had been responsible for Omnis involuntary shifting between worlds and in the beginning serves as a mysterious voice talking to Akisa through her phone. It was through her actions that causes the unstable fluxes that causes Omnis to jump between worlds and causing the magical girls to get stranded in the Demon World, eventually resulting in their deaths. She was responsible for the ambush of Nemesis Iroha after Kaori and the remaining girls grueling fight against Nemesis Iroha.
Mao
The mysterious cat demon from Demon World who is nice to humans to begin with.
Hakuri and Kokuri
Seven Deadly Sins
Antagonistic archdemons who appear in the 3rd arc.
Luxuria 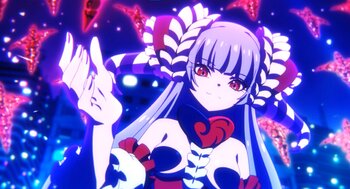 One of Seven Deadly Sins' archdemons. Luxuria is the embodiment of Lust.