Characters / I Miss the Sunrise

This is the character sheet for the prequel to The Reconstruction; I Miss the Sunrise. There will be spoilers, so you might want to play the game first. This is a work in progress, so any help is appreciated.

For Tezkhra and Mahk's tropes from The Reconstruction check that games character page. 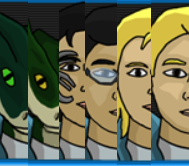 Ros is a Blank Slate, with no memories, no past, nothing. However, Ros has a special protein in their body that makes them perfect for being a commander, despite having no training. 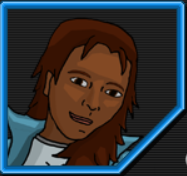 Marie is a member of the Inquiry, having been there a long time. She seems to be one of the oldest members, having been alive since before people had to stop breeding. She's essentially Ros's second-in-command, and has the trust of many of the people around her. 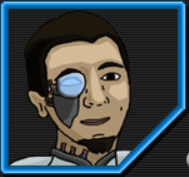 Rami is an augmented human, and runs the Inquiry's medical lab. He's close friends with Marie and Tez, and was one of the first people to welcome Ros as they were awoken from their stasis. 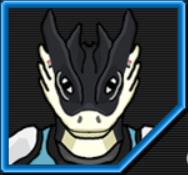 Tezkhra is a curiously augmented lacertian, a species whose body doesn't allow it to be augmented. He works in the weapons lab, developing and improving upon his Stardraw technology, as well as ones for the Inquiry. 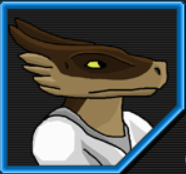 Mahk is a Sikohlon, a group of galactic arms-dealers and weapon makers. He was thrust into the group by his Father, Ivoronus, to work with them. He works closely with Tez in the Weapons Lab, developing new weapons for the Inquiry, as well as working in the Machinatorium, allowing you to make weapons from scrap you find. 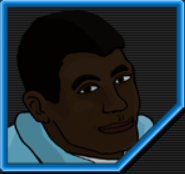 Neff is a new member to join the Inquiry, joining after Mahk. He's a real technological and imaginative guy. He usually found in the External Communications room. He tends to get lost in his ideas sometimes, and has to be pulled back to reality. 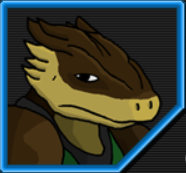 Daszk is a Lesser-Lacertian hybrid that is found trapped behind bars on a ship. He's big and smelly and a little slow on the uptake, but he's an extremely nice guy and doesn't hold a bad bone in his body. 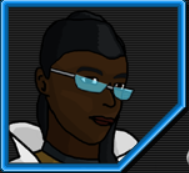 Kara is a scientist from EROS, joining the Inquiry on orders from EROS to strengthen their ties together. However, she doesn't seem to agree with some of her fellow scientists ways of doing things. 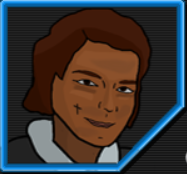 Alicia is Marie's long-estranged sister. When Marie finally tracks her down, she more-or-less forces Alicia to join the Inquiry with them, despite having no personal reason or tie to the project except for a loveless relationship with her sister. 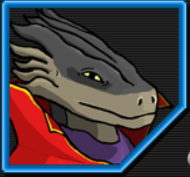 Chac is a lacertian whom lost his legs when the Shine hit, however, he was also the only person aboard his ship to survive the attack. To this day, he is haunted by what happened, having lost everything, even his wife. 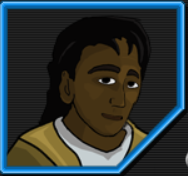 Luke is a mystery, a flirty, ditzy mystery, but a mystery nonetheless. He tries to avoid combat, and tends to run away from all engagements if he can. 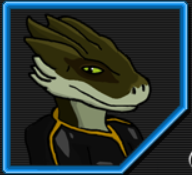 Jessamine, or Miss Jazzy, as her crew calls her, is the leader of a female Lacertian fleet. She gets in your way for a bit, but is easily defeated. However it seems that she might want to fight again... 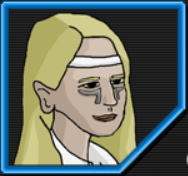 Deirdre is young girl found at the Purity Point Habitation, a women's habitation of people whom never seem to move and have lost their minds. She remains the only one seemingly sane, although all the radiation seems to be getting to her. 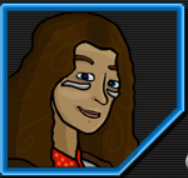 Cassidy is a former EROS researcher, however, she didn't want to deal with them anymore, and ran away with her husband, Cole, to a lonely planet, where they live in peace and harmony. 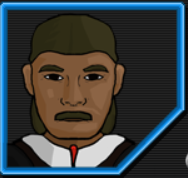 Cole is a quiet man, letting his wife, Cassidy talk for him. He ran away from the EROS database with Cassidy, living a peaceful life on a lonely planet. 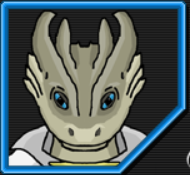 Ivoronus is Mahk's Father, and the father of all the Sikholons. He is the owner of the Machinatorium, and allows the Inquiry to use their weapons.