This page covers all the other various recurring and minor characters in the series, especially those who do not (currently) live in Dreamland or Elfwood. 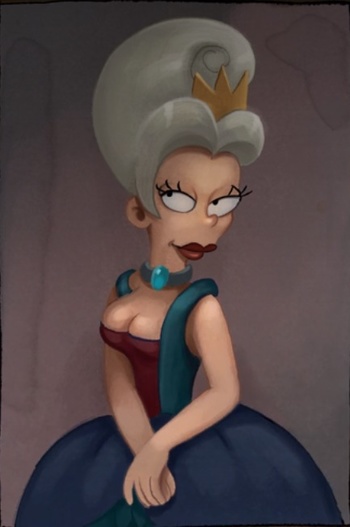 King Zøg's first wife and Bean's mother, who has been deceased for years.

WARNING: Significant spoilers from the end of Season 1 and onwards follow.

Emperor Cloyd of Maru, and Princess Rebecca "Becky" of Maru (AKA The Enchantress) 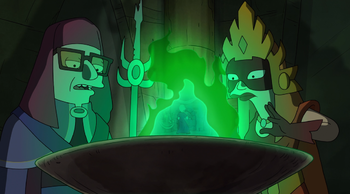 "And so, the demonic binding begins."
Voiced by: Rich Fulcher and Lucy Montgomery

Mysterious figures from the distant land of Maru, who have taken a sinister interest in Bean; they were the ones who sent Luci to Bean as a wedding present, with the goal of corrupting her to fulfill their plans.

Jerry (AKA Prince Jerry of Maru)

The dimwitted assistant working for Cloyd and the Enchantress. 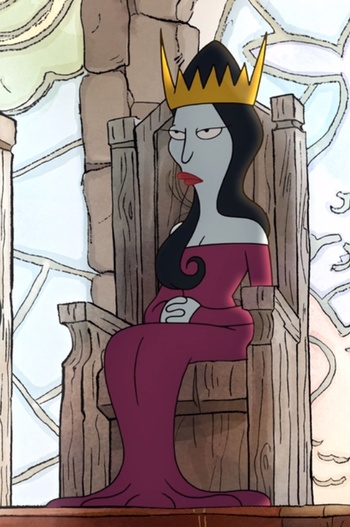 King Zøg's second wife, stepmother of Bean, and mother of Derek. Originally an amphibian princess from Dankmire, she married Zøg after the death of Queen Dagmar. 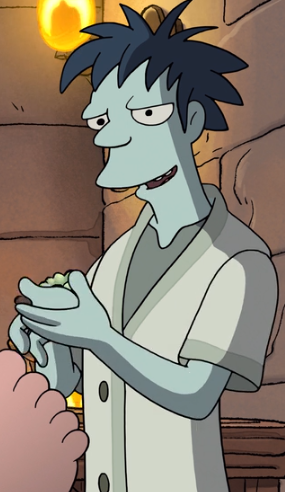 "Have you ever been clamped naked to a slab by a lunatic that doesn't work for the spa?"
Voiced by: David Herman

A recurring Dankmirian man, who seems to have a new job whenever he appears.

Two farmers who live deep in the swamps of Dankmire. They kidnap Zog, Derek, Bean, Elfo, and Luci to feed them to a giant swamp monster.

King Lorenzo I and Queen Bunny of Bentwood 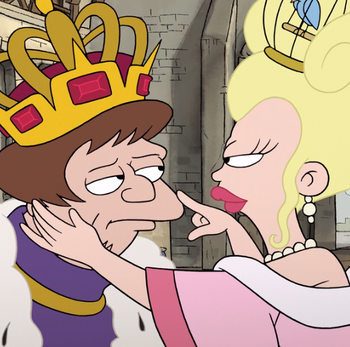 The monarchs of Bentwood, who are the parents (and uncle/aunt) of Guysbert and Merkimer. 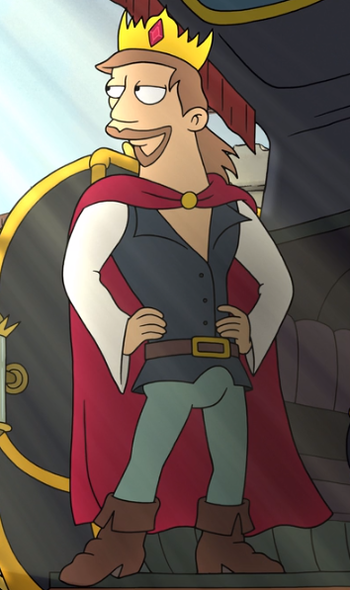 A prince from Bentwood, and Bean's fiancé in an arranged political wedding, which is aborted due to an unfortunate accident involving him and a chair made of swords.

Skybert "Sky" Gunderson is a scientist, inventor, mechanic and airship pilot from Steamland.

Alva Gunderson is the founder of Steamland, head of Gunderson Steamwork Company, and Sky Gunderson's brother.

A citizen of Steamland and a member of the League of Gallivanting Scrutinators. She guides Bean during her two trips to Steamland, and also tries unsuccessfully to hit on her. 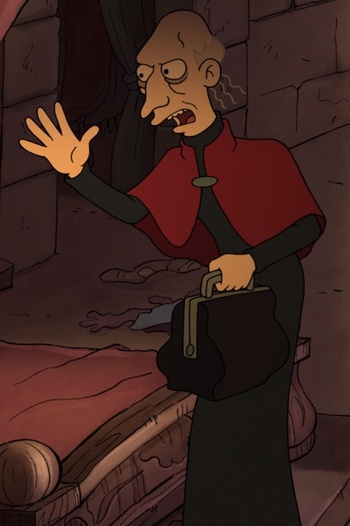 A professional exorcist and demon hunter. He's on a mission to rid the world of all demons.

Sven is the Regional Manager of the Land Vikings, a ruthless gang of murderous bandits who pillage cities and towns. They seek immortality, beautiful women, convenient parking, and to wow the world with their smooth northern dance style. 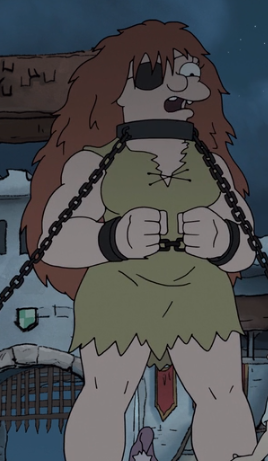 "We're all about peace and love and goddamn body positivity!"
Voiced by: Jeny Batten

A female giant who is missing one eye. She is captured by Pendergast's knights and taken to Dreamland, where she is forced to date Elfo because she coincidentally resembles his imaginary girlfriend from a drug-induced hallucination that Bean experienced. 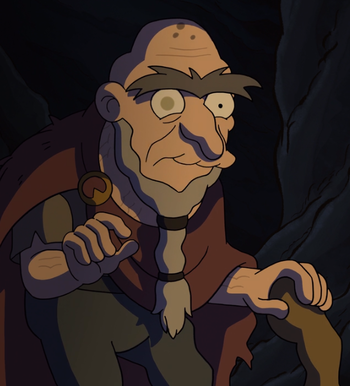 An ancient sorcerer who invented the Elixir of Life, and who's also the ex-husband of Gwen the Witch. He currently lives alone in a remote, icy cave protected by a single death trap.

The supreme being who created Heaven, Hell, the universe, and everything. A pretty cool guy.

A powerful demon who is the ruler of Hell.

The mermaid princess that Elfo and Bean meet when she's held in Steamland. They manage to escape together and she and Bean develop feelings for each other.