This page covers the three main protagonists of this show. 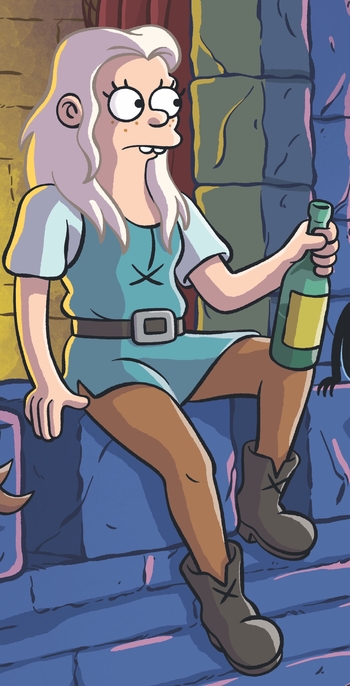 "Isn't there a point in everyone's lives where they need to go and figure out who they are?"
Voiced by: Abbi Jacobson (English), Karen Vallejo (Latin American Spanish), Graciela Molina (European Spanish), Momoko Taneichi (Japanese)

The main protagonist of the series. Bean is the 19-year-old daughter of King Zøg and the late Queen Dagmar, who's tired of following her social expectations as a princess, and wants to choose a different path in life. 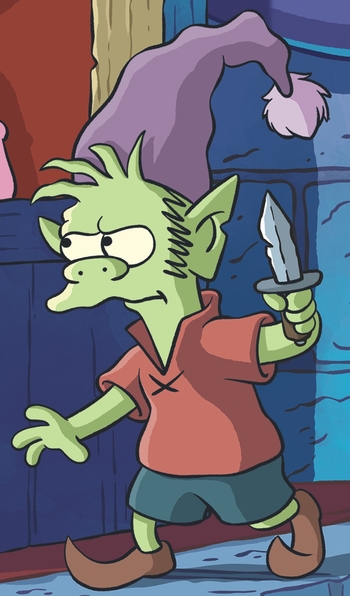 Bean's best friend, an 18-year-old elf from the land of Elfwood. He's cheerful and optimistic, but has grown very bored of his hometown, and wants to explore the outside world. 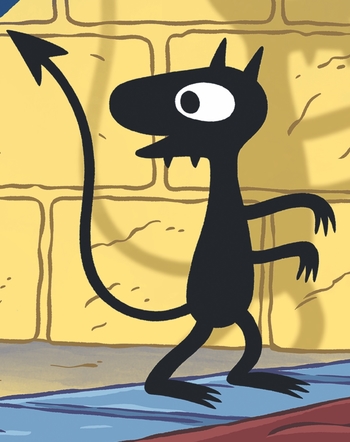 "I want to get rid of all the diseases plaguing mankind... and replace them with worse ones."
Voiced by: Eric Andre (English), Geno Sanchez (Latin American Spanish), Tsuyoshi Aoki (Japanese)

Bean's other companion, her very own personal demon. Luci was sent to Bean as a "gift" (curse) from an unknown entity, and tries to bring evil and chaos into her life.