This page covers the various denizens of the Kingdom of Dreamland, the Kingdom of Elfwood (which has been absorbed into Dreamland since Season 2), along with the nearby Enchanted Forest and other locations within the country's borders.

Prince Merkimer of Bentwood (in exile) 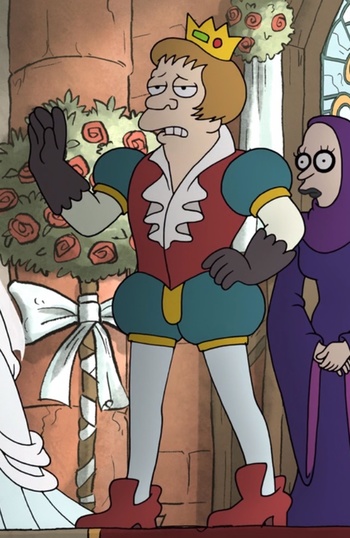 "As someone who was born rich, powerful and beautiful, I've never needed to rely on grace or charm."
Voiced by: Matt Berry (English), Dafnis Fernandez (Latin American Spanish)

The younger brother/cousin of Prince Guysbert, who becomes Bean's next fiancé after the aforementioned demise of his brother. However, his wedding is also aborted after he suddenly turns into a pig.

An old noble couple in Dreamland. Lord Lingonberry died after a failed experiment by Sorcerio with Elfo's blood. Lady Lingonberry is the victim of a carriage-jacking by Bean and her friends.

A strange old man that has a habit of touching things and can identify anything. He is currently locked up in the castle dungeon. 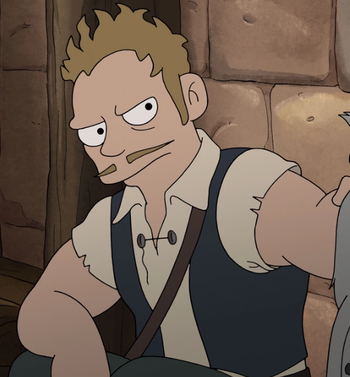 A sailor who is hired by the elves to get berries that might cure them from a disease.

Elfo's father, who may know a few things that his son doesn't.

King Rulo of Elfwood (in exile) 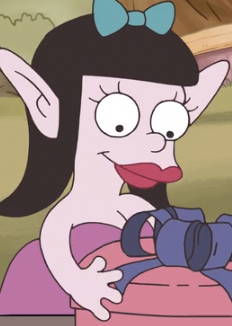 Elfo's ex-girlfriend and co-worker from the Elfwood candy factory. She's the daughter of the Elf King, and is thus an elf princess.

The only known elf aside from Elfo (and Returno) to leave Elfwood. He became a pirate captain, and is searching for a certain mysterious treasure that he believes to be in Dreamland.

An old fairy prostitute who lives in the forest. She offers sexual services and some occasional words of advice. 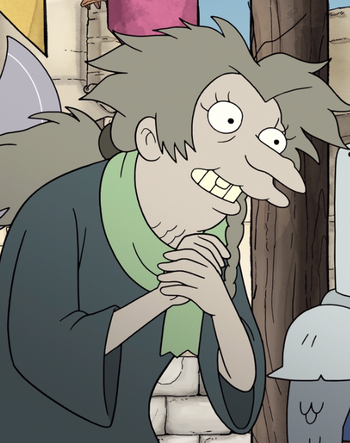 A crazy old witch who has been convicted and sentenced to death on charges of murder. Bean is given the task of executing her via beheading with an axe, but hesitates over her possible innocence. 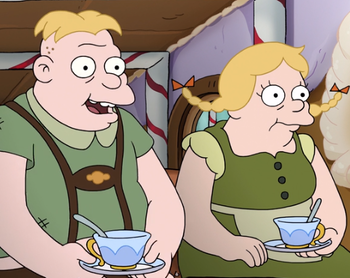 A brother and sister who live in a house made of candy in the forest. Countless people who visited their home have never returned. 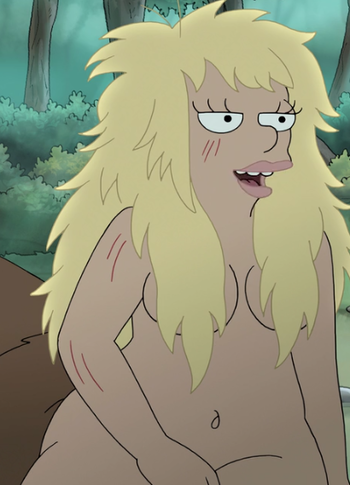 Ursula is a "Forest Selkie", a shapeshifting bear with the power to turn into a beautiful woman once she takes off her skin. Zog falls in love with her.