Western Animation / How to Be a Detective 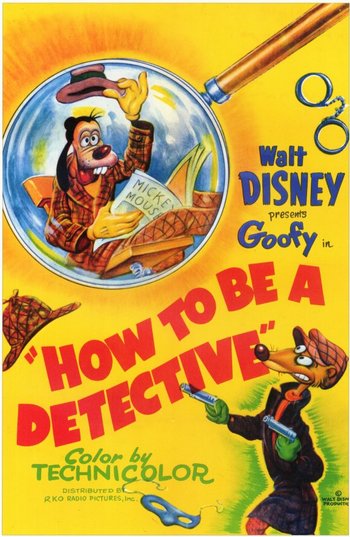 How to Be a Detective is a 1952 Walt Disney cartoon starring Goofy.

Goofy is a Private Detective named Johnny Eyeball who takes on the case of the missing "Al", despite being told by a cop, played by Pete not to get involved and to "leave the Al case to the police".

How to Be a Detective provides examples of: