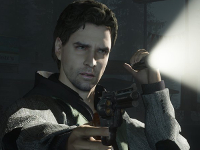 The primary character, a best-selling novelist who is vacationing with his wife in Bright Falls while wrestling with his writer's block. She disappears abruptly, and Alan comes to in a wrecked car in the wilderness, missing a week's time, and searching for clues as to what happened to his wife. 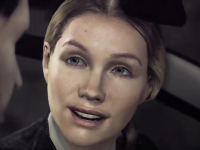 Alan's wife, who helps him write and manage his novels, and is vacationing with him at Bright Falls. 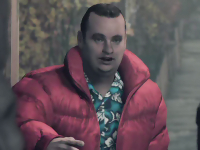 Alan's agent and best friend, who rushes to Bright Falls when things go down. Initially skeptical of what's happening, he rapidly catches on and begins to help Alan. By the end of the game, he's loaded with flares, Christmas light body armor, and a headlamp to fight the Taken. 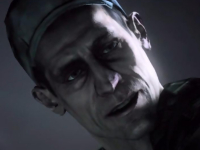 The "Kidnapper" who contacts Alan in Episode 2 and is the antagonist throughout Episode 3, claiming to have his wife and offering her in exchange for the manuscript pages of Departure. Is quite dimwitted and has aggression issues. 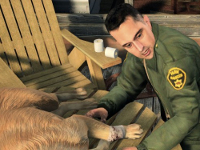 A park ranger who rents out cabins outside Bright Falls. 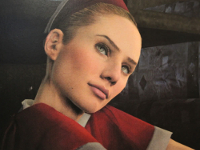 The waitress at the diner in Bright Falls, and one of Alan's biggest fans. 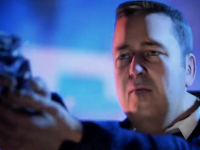 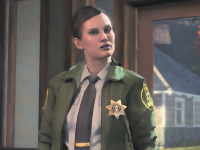 Head of the local Bright Falls sheriff's office, who is investigating Alice's disappearance and eventually joins Alan in fighting the Dark Presence. 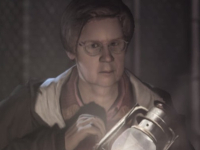 One of Bright falls' residents, who is obsessed with making sure all the lights in the town are working properly. 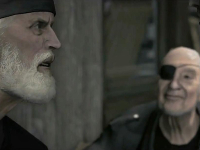 Two brothers who formed the heavy metal band "Old Gods of Asgard" in the '70's on their farm near Cauldron Lake, and renamed themselves as Norse gods to further their image of reborn deities. Now mentally-unstable old men who live in Dr. Hartman's clinic, but occasionally sneak off to raise hell in town or get some moonshine. 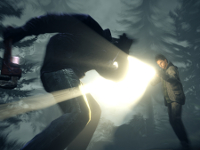 The central antagonist of the game, a hostile, aggressive supernatural entity that exists within (or under, or is trapped by?) Cauldron Lake, which creates the Taken. In Alan Wake, its main "face" is that of its avatar, the "Scratching Hag" Barbara Jagger. 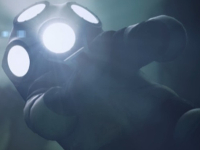 A poet and apparently bestselling author who lived in and around Cauldron Lake in the 1960's, and was in love with a woman named Barbara Jagger. 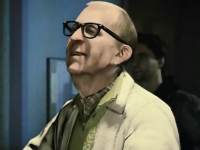 A retired cop who is now the host of a late night radio program. Alan first meets him on the boat into town where he asks him to stop by later for an interview. 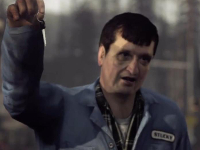 Owns a gas station and the cabin that Alan and Alice rented for their vacation. 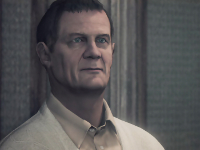 A doctor who owns a clinic reserved for artists near Cauldron Lake. He's also the one who convinced Alice to bring Alan to Bright Falls. 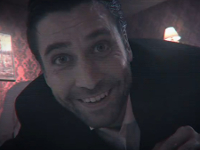 The antagonist of Alan Wake's American Nightmare. Originating from the Dark Place, he is a new avatar for the Dark Presence and the embodiment of all negative stories and loose rumours ever told about Alan, making him a maniacal, flamboyant, sadistic serial killer. Capable of travelling freely between the Dark Place and the real world, he finds delight in threatening Alan with taking over his life and killing Alice and constantly sharing his monstrous deeds with him. 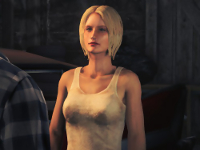 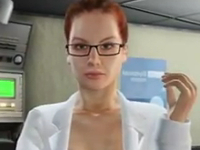 A female scientist you meet in American Nightmare who works for Redtooth Observatory. 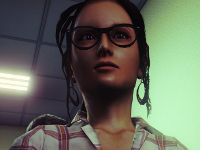 Serena is a film maker and a supposed friend of Alice Wake, encountered in American Nightmare. Since Alice thought Alan was dead, with the help of Serena, they made a film based on Alan for the annual Night Springs Visual Art Show Film Festival.