Western Animation / It's Such a Beautiful Day 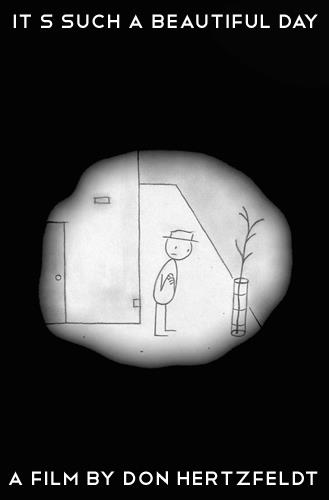 A trilogy of short films — everything will be ok, i am so proud of you, and it's such a beautiful day — by Don Hertzfeldt. They focus on a man named Bill, who leads a boring and somewhat depressing life as he struggles to deal with his mental problems. There is a certain air of the absurd, not at all mitigated by his dysfunctional family and hallucinations and odd dreams brought on by a rapidly worsening malignant brain tumor.

The first two films have been released separately on DVD. A feature film compiling the three parts under the title of the third short has been released as well

The it's such a beautiful day trilogy as a whole provides examples of:

The individual films provide examples of: