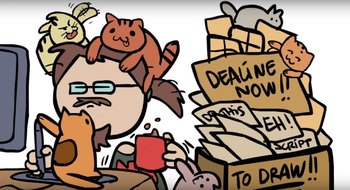 If only Rupert Berthold could have summoned The Kitten Workforcenote instead of declaring war, which obviously isn't like being at war, right?.

Bismarck has a plan — Bismarck always has a plan. It's Walpole.