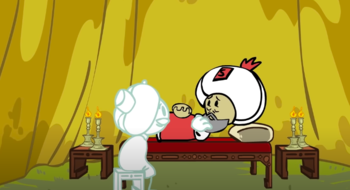 He had something to tell Ibrahim. something to apologize for, but he couldn't quite remember.note  The 'something' was having him executed.