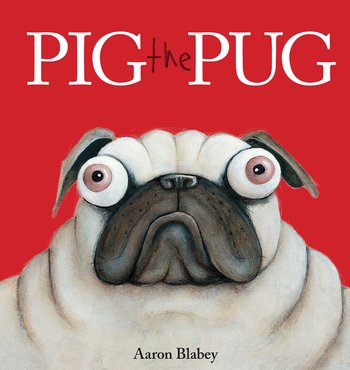 Pig was a pug, and I’m sorry to say…
Pig the Pug is a series of children’s picture books by Australian author Aaron Blabey, author of The Bad Guys. This was his first book series, as the others were one-offs before this one.
Advertisement:

The series focuses on two dogs that live together. Trevor is a sweet and kind dachshund who always does the right thing, while Pig is a fat, mean and greedy pug. Each book involves Pig doing something bad, against the advice of Trevor, and suffering the consequences of them.

The Pig the Pug series provides examples of: