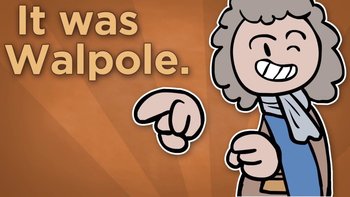 It was always Walpole.