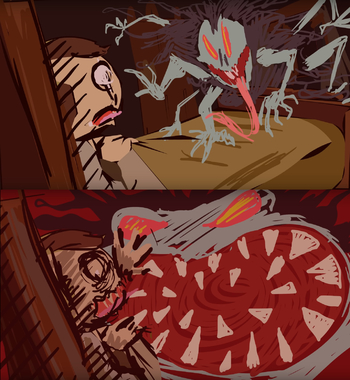 The Nightmare Face of the Strigoi.