Character page for the villains of Tangled, Tangled: The Series, and other Tangled expanded media. 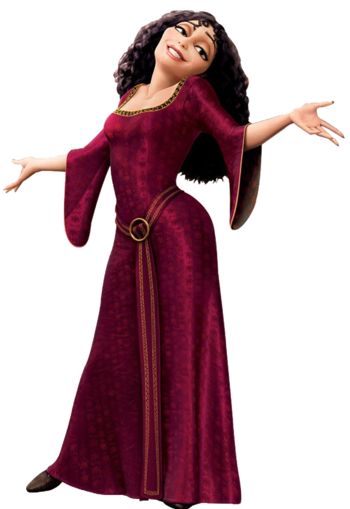 An old woman who was, prior to the film, the only person who knew of the magic flower that could reverse her aging. When the flower is taken from her and ingested by the queen, Gothel instead kidnaps the queen's daughter, who has the essence of the flower, and raises her as her own. Eighteen years later, Gothel is content with keeping Rapunzel as her personal Fountain of Youth, which is forced to change once Rapunzel decides she wants to see the outside world. 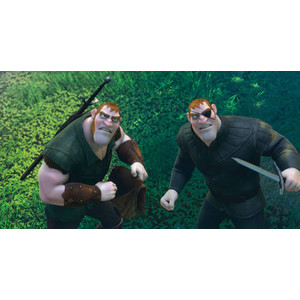 Flynn's partners-in-crime at the beginning of the film, whom he leaves at the mercy of the kingdom guards to save his own ass. They're clearly not happy about it, and partner up with Mother Gothel to get him. 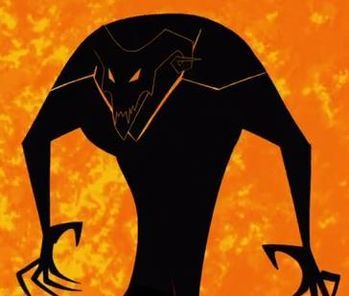 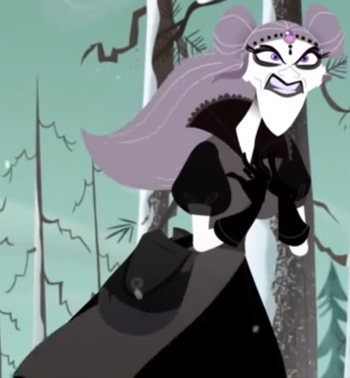 A powerful magical warlock sealed away in the Demanitus Device by Lord Demanitus. Despite being imprisoned, Zhan Tiri's power and network of loyal followers still lurk around in the shadows. 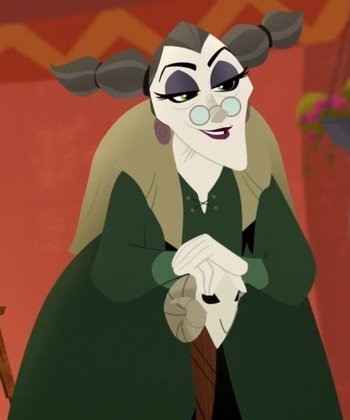 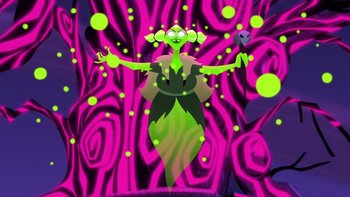 An elderly woman. In truth, she's an evil spirit, taught by Zhan Tiri and sealed away in the Demanitus Device along with her master and fellow disciples by Lord Demanitus. She was released from the device when it was used by Rapunzel to stop a deadly blizzard, but failed to free her master and was sealed away again. 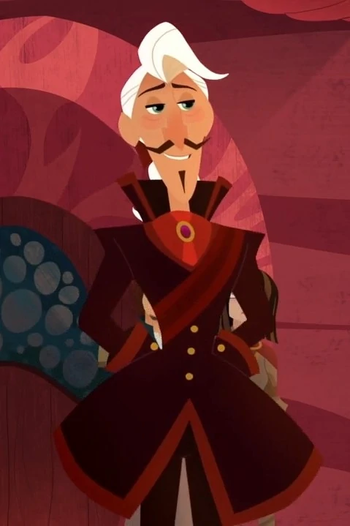 A mysterious demon disguised as a man who is the proprietor of the House of Yesterday's Tomorrows. 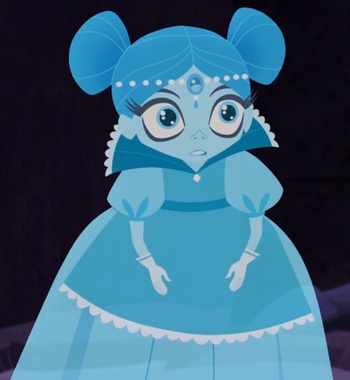 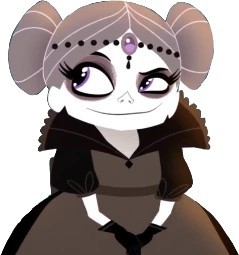 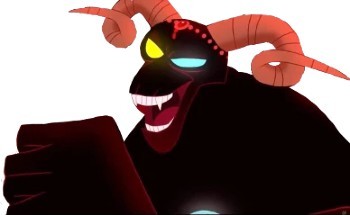 A mysterious spirit that guides Cassandra in the House of Yesterday's Tomorrow, albeit with sinister intentions. 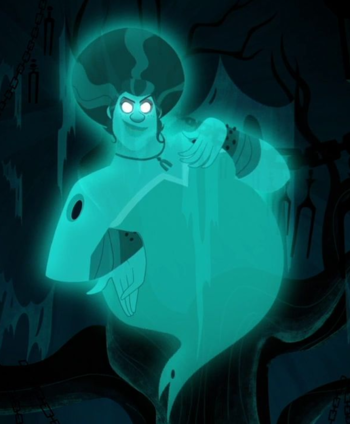 One of the meanest thugs that ever lived, having been the original owner of the Snuggly Duckling. Little did anyone know, she had a passion for music, but could never find the courage to share her music, which was a regret she carried to her grave. Now, she haunts her former pub, waiting for someone to sing her songs. 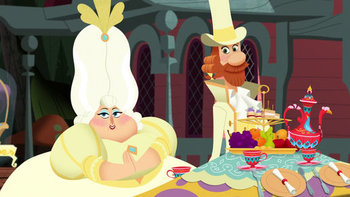 A pair of mysterious strangers living in the woods, who give passing travelers the chance of a lifetime: the ability to experience life as a bird. However, unbeknownst to those unfortunate enough to meet them, this is all but a scheme to entice unwitting victims into their growing collection...

Lady Caine and her gang 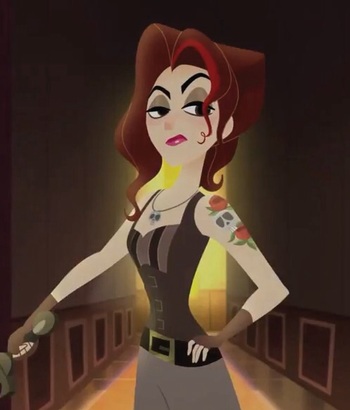 The daughter of a petty thief that was persecuted by King Frederic and the Royal Guard during his cracking down on crime after Rapunzel's abduction. Wishing for revenge for her father, Lady Caine became the leader of a pirate gang against the Kingdom of Corona. 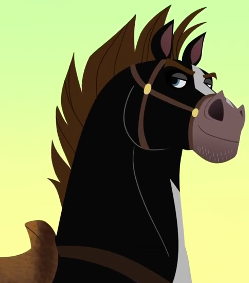 A new horse brought in to the Corona Royal Guard, whom Max is at first jealous of and then suspicious when things don't add up...

The Baron and his men 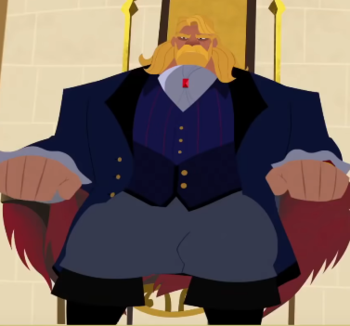 A notorious mastermind in the criminal underground who has amassed a fortune of stolen wealth. He is so feared that no one is willing to cross him. 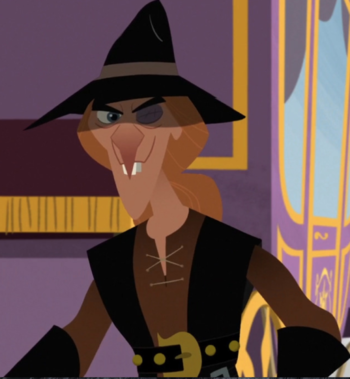 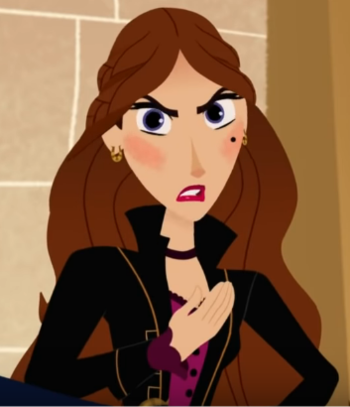 An old flame of Eugene and the daughter of the Baron. After Eugene left her at the altar, she and the Baron have been after him ever since. 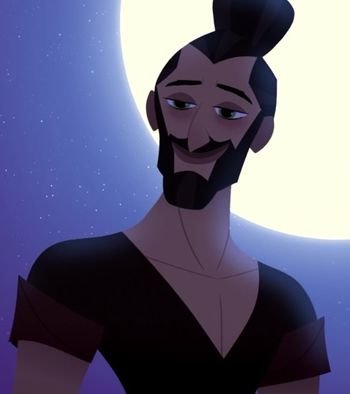 A mysterious visitor from out-of-town that befriends Cassandra, and they seem to have a thing for each other... until it turns out he's a spy from Saporia.

The Daylight Thieves, who pretend to be Angry's parents, debuting in "Vigor the Visionary".

A circusmaster and the owner of Candor.