This character is a Walking Spoiler, and all spoilers are unmarked. You Have Been Warned! 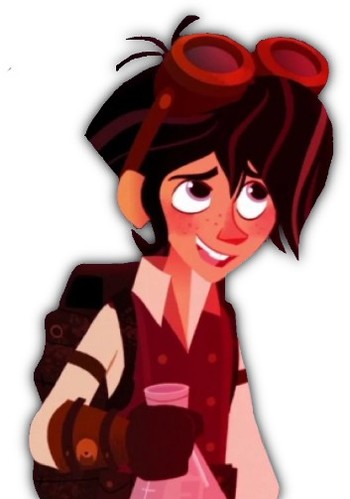 "Don't you see this path you're on leaves a permanent mark,
It feels good at first, then it slowly turns dark,
With each passing day, you're further astray from the light."
Click here to see his original look 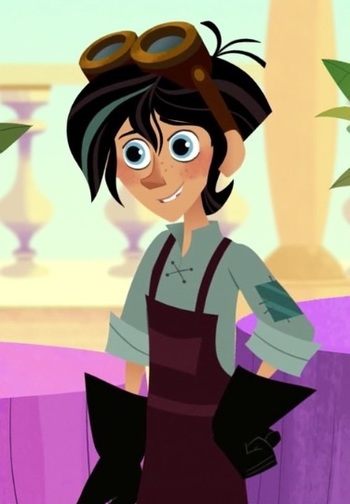 A young alchemist and inventor who tries to study Rapunzel's hair in the Season 1 premiere. Though initially a recurring ally, he becomes the Arc Villain of Season 1 after his father is frozen in crystal. In Season 3, he reforms and becomes Rapunzel's closest companion besides Pascal and Eugene.

Insecure yet gifted, Varian sought to make his father proud of him and his inventions. Starting off as an emotional and reclusive young teenager, Varian would go through numerous adventures, for better or worse, that ultimately teach him more and more lessons and change his life forever.