open/close all folders
Aesir/Asgardians In General
A race of gods that inhabit the dimension of Asgard, the highest of the nine worlds. Their culture is very similar to Medieval Europe where they were once worshiped. All Asgardians possesses some degree of superhuman strength and other physical abilities. A select few have these powers above the average of their race often along with other superhuman abilities. They are commonly referred to as Asgardians. Aesir tends to be the more proper mythological name. 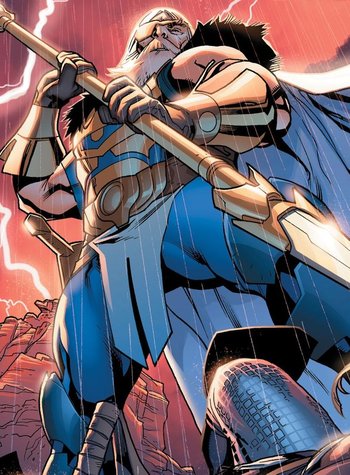 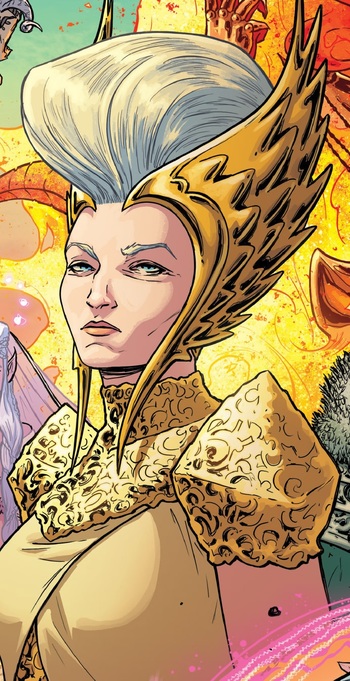 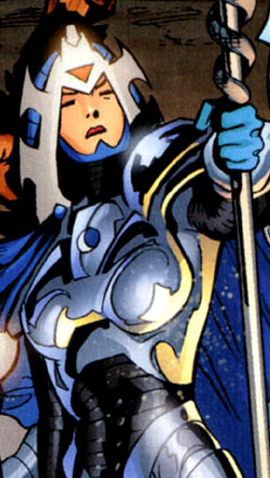 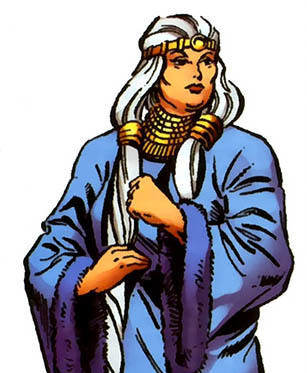 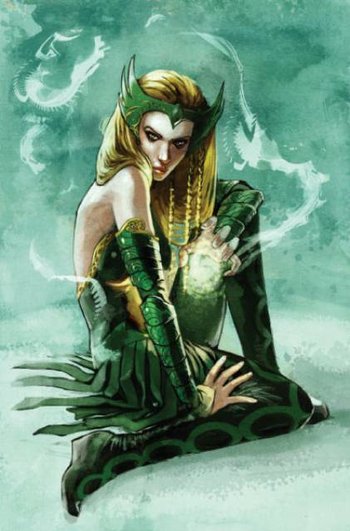 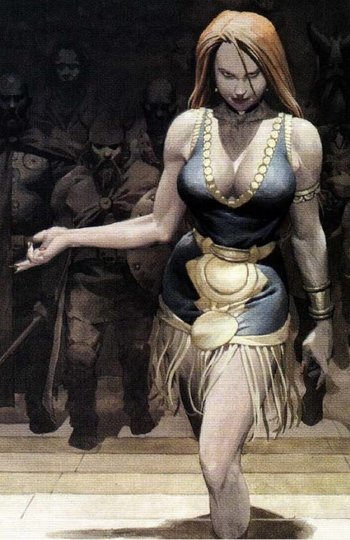 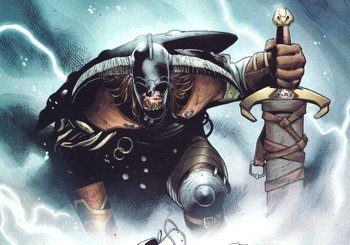 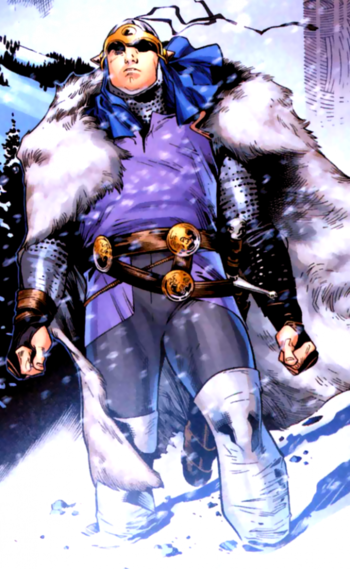 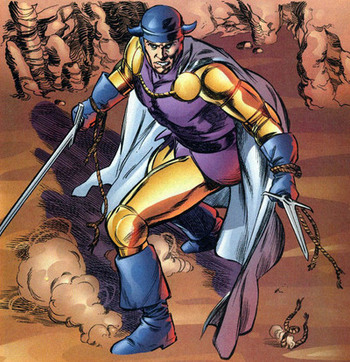 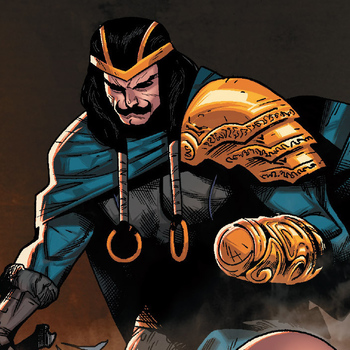 See the Valkyrie page for tropes related to her.
Zig 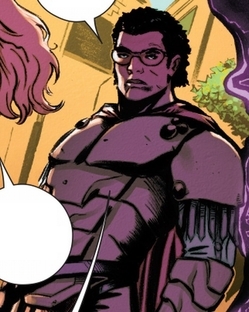 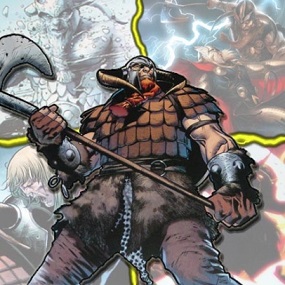 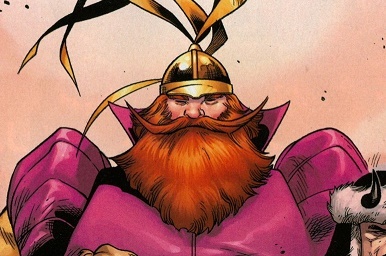 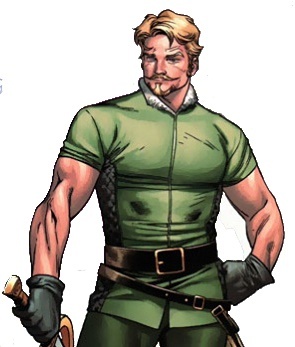 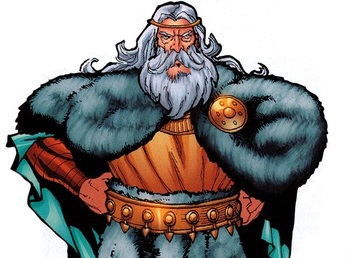 AKA: The First Asgardian
Debut: Journey Into Mystery (vol. 1) #97 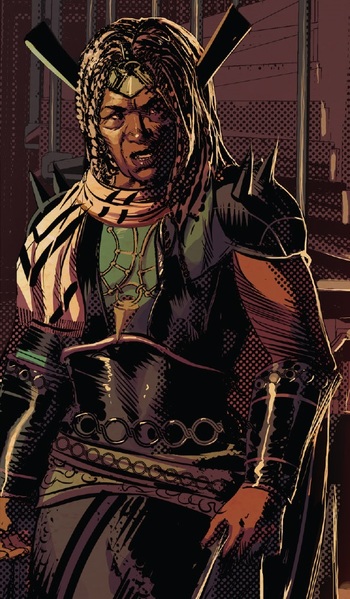 An Asgardian Librarian who aids Loki in Infinity Wars.
The Goddesses of Thunder 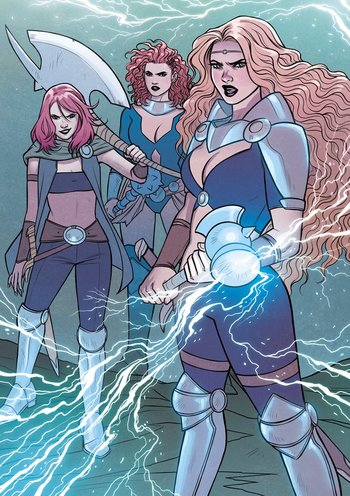 Thor's granddaughters - Atli, Ellisiv and Frigg Wodensdottir - who appear in the future as King Thor's descendants.