This page lists tropes associated with Dean Winchester from Supernatural.

See also the character page for Sam Winchester, and the rest of the Winchester Family. 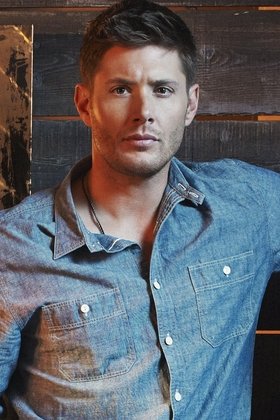 "I got a GED and a give-em-hell attitude."
Advertisement:

Dean Winchester is the Deuteragonist of Supernatural. Dean was born January 24th, 1979 in Lawrence, Kansas, United States. He is the oldest child of John Winchester and Mary Winchester (nee Campbell). He is the older brother of Sam Winchester and the older paternal half brother of Adam Milligan. His mother died on November 2nd, 1983, when Dean was only 4 years old. It was later discovered that Dean was the one true vessel of Michael and that he was destined to fight Sam as Lucifer in the Apocalypse. In Season 9, Dean took the Mark of Cain from Cain himself so that he could kill Abbadon for good. Unfortunately for Dean, the Mark ended up having negative effects on Dean's personality to the point where he became tempted to kill everything in his path.

Example of:
No Sense of Personal Space