This page lists tropes associated with Sam Winchester from Supernatural.

See also the character page for Dean Winchester, and the rest of the Winchester Family. 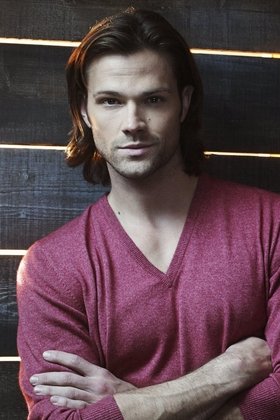 "You know me. You know why. I'm not leaving my brother alone out there."

Sam is originally The Protagonist of Supernatural. Sam Winchester was born May 2nd, 1983, in Lawrence, Kansas, United States. He is the youngest child of John Winchester and Mary Winchester (nee Campbell). He is the younger brother of Dean Winchester and the older paternal half brother of Adam Milligan. His mother Mary died on November 2nd, 1983 when Sam was only 6 months old. Exactly 22 years later, on November 2nd, 2005, Sam's girlfriend Jessica was also killed in the same fashion that Mary was killed. Sam is a "Special Child", who are children chosen by Azazel (also known as "Yellow-Eyed Demon") to take part in the coming of the Apocalypse. As a Special Child, Sam developed special abilities at the age of 22. Sam's powers included premonitions, telekinesis, and later on, the ability to exorcise demons back to Hell and kill demons with the use of his mind. It is later discovered that Sam is the one true vessel for Lucifer.