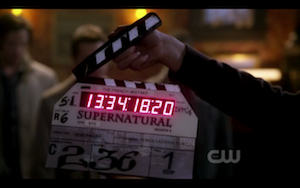 Sam: I'm just saying, we — we landed in some dimension where you're Jensen Ackles, and I'm something called a "Jared Padalecki."
Dean: So what, now you're Polish? Is any of this making any sense to you?

In "The French Mistake" (S06, Ep15), Balthazar explains that Raphael and his forces are going after Castiel's allies, and he needs to send Sam and Dean somewhere safe. Balthazar paints a blood sigil on a window at Bobby's house and throws Dean and Sam through the window. After Sam and Dean crash through the window, they land on a blue stunt pad and someone yells, "Cut!". They find themselves on the set of Supernatural, a television show which seems to be based on their own adventures. Everyone addresses them as Jensen Ackles and Jared Padalecki, actors who are not brothers or hunters. Sam and Dean find out that this alternate universe where they are trapped has no supernatural elements, and that magic and spells do not work, but there also are no angels or demons. 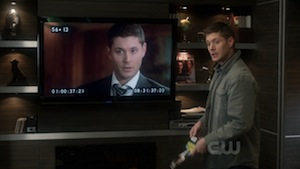 While the Jensen Ackles of this reality is never seen, except through television clips and magazine pictures, we see enough of Jensen's life and other people's expectation of his behavior to allow for quite a bit of Self-Parody, often through Dean's reactions. Where Jensen Ackles is while Dean Winchester takes his place is never explained. 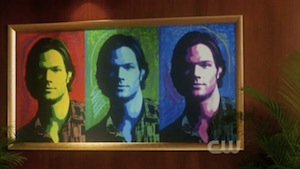 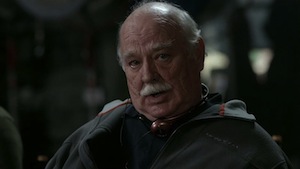 "Fine. Whatever. Season six. Moving on."

Bob Singer is the director of the episode of Supernatural within which Sam and Dean find themselves. He is a writer and executive producer of Supernatural, and the character Bobby Singer is named after him. 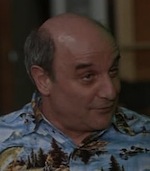 "You know, I oversee all the stunts, coordinate all the fights."

Lou Bollo is the Stunt Coordinator on Supernatural. 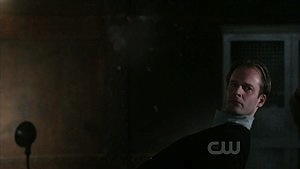 Serge Ladouceur is the director of photography for the show Sam and Dean find themselves in. 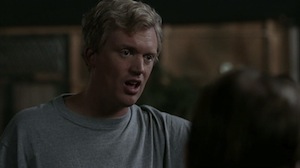 "Well, we can clean up, reset the window, takes about 95 minutes, basically. So, we'd have to blow off the scene where they sit on the impala and talk about their feelings."

Kevin Parks is the First Assistant Director in the episode of Supernatural within which Sam and Dean find themselves. 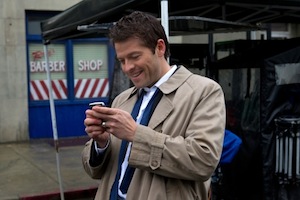 Hola, mishamigos. J-squared got me good.

"You guys! You really punked me! I'm totally gonna tweet this one."

Misha Collins plays Castiel in Supernatural, and seems to enjoy tweeting about what happens on set. 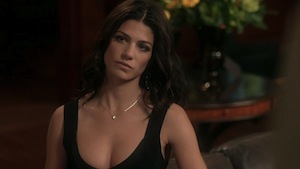 Genevieve Padalecki is married to Jared, and played Ruby on Supernatural. 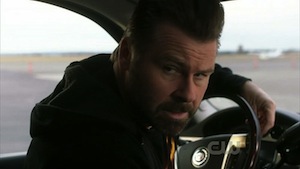 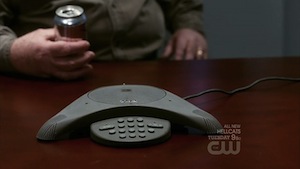 "Spell it out for me, please. What is our terror-alert level here?"

Sera Gamble is the show runner for Supernatural, who took over from Eric Kripke for Season 6. Bob Singer calls her concerned that Jared and Jensen have lost any talent they had. She offers to fly to Vancouver from Los Angeles, but Jim Michaels is afraid Jared and Jensen don't really know her.

Stunt doubles for Jared and Jensen in Supernatural. 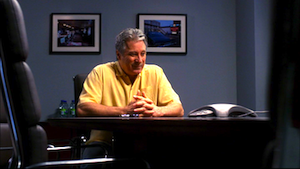 "This is Jim here, Sera, and it wasn't all the way to death. Only partway, so that's a plus."

Jim Michaels is a Co-executive Producer of Supernatural, who participates in the conference call to Sera Gamble.

Portrayed by Micah A. Hauptman. 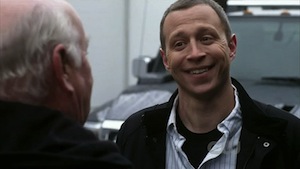 "It's totally, totally awful. Yeah. It got us the front page of Variety, though. Did you see that?"

Eric Kripke is the creator of Supernatural and was the show runner before he handed this over to Sera Gamble.