All the people who help the Cooper Gang, former members thereof, or are otherwise friendly to them are listed here. Slink through here to return to the other character pages. Warning: unmarked spoilers ahead.

Outside the Cooper Gang 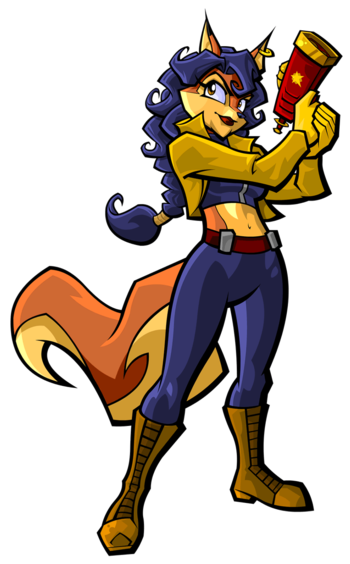 Sly's love interest, then lover later on in the series. An Interpol policewoman and Hispanic fox, his relentless pursuer (in more than one sense), and frequently the one to bust the episode's villain and take the credit. 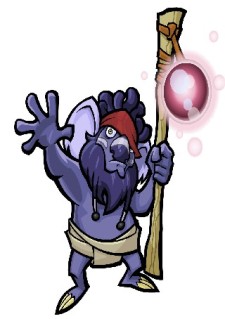 An Australian koala and aboriginal guru. He joins the team after the Cooper Gang defeat the Mask of Dark Earth and clear Uluru/Ayers Rock of miners.

Penelope Mouse (SPOILERS)
As of Thieves in Time, Penelope is in the Villains category, so go there for information. Be warned that doing so will reveal spoilers for that game. Reason  She becomes an antagonist in the form of the Black Knight in Thieves in Time, wanting to use Bentley to make a fortune through war and eventually take over the world.
The Panda King 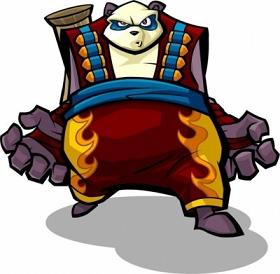 "The fuse is lit!"
Voiced by: Kevin Blackton

A Chinese panda, a former member of the Fiendish Five, and a powerful Chinese crime lord with a thing for fireworks. Before becoming a criminal, he wanted to impress the Chinese nobles with his own fireworks technique, but didn't get the chance; they couldn't see past his shabby clothes and chased him away. In retaliation, he used his fireworks to terrorize the nobles who shunned him, making him a force to be reckoned with. He returned in the third game to team up with Sly to rescue his daughter and break into the Cooper Vault, facing demons both literal and metaphorical in the process.

The daughter of the Panda King. She was kidnapped by General Tsao in the third game, and forced to marry him, leading to the main plot of A Cold Alliance. 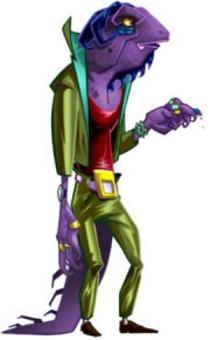 "My suit is GREASY SWEET!"
Voiced by: David Scully

A French iguana, literal lounge lizard, and former Klaww Gang member, French crime boss, and nightclub/restaurant owner who ran a forging and drug dealing operation. Before becoming a criminal, he was an art student who wanted to show off a new art style called "Kinetic Aesthetic." The critics were not impressed. So he gave them what they wanted and started forging old masterpieces, his way of punishing people with bad taste. He was defeated by Sly and imprisoned by Interpol, only to be broken out a year later in Venice, lead Sly to the flight roster in Holland, and team up with him to retrieve his family's diving gear from Captain LeFwee in Blood Bath Bay.

Cooper Clan
A family of master raccoon thieves that have been around since at least the Ice Age, whose special techniques and greatest exploits are all detailed in the Thievius Raccoonus. Tropes involving the clan as a whole:
Conner Cooper 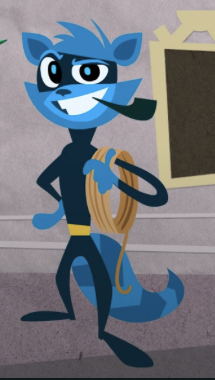 Conner in a flashback
Sly's father, who was killed by the Fiendish Five so that they could get their hands on the Thievius Raccoonus before the events of the first game. 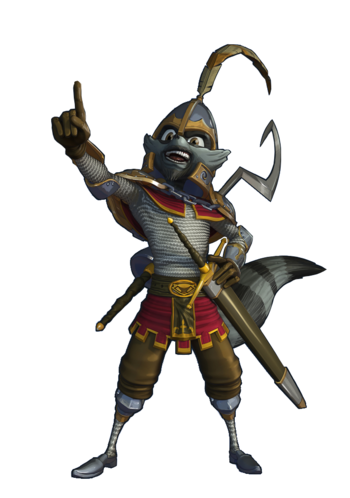 An ancestor from early 14th century England. He is a bombastic, arrogant knight and a cunning thief who fought with a lance in the shape of the Cooper crook. When a mysterious figure known as the Black Tyrant came to town, Galleth was imprisoned in a "Mad Circus" and forced to play the humiliating role of a jester. Thieves in Time makes him a playable character, after Sly rescues him. 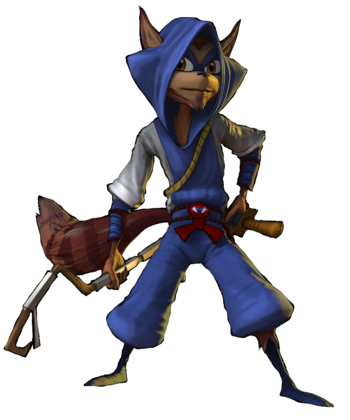 Sly's ninja ancestor from Feudal Japan. He created the Ninja Spire Jump and implemented Japanese artwork of himself in his part of the vault. His weapons were two small canes, resembling hooked sais (a Japanese dagger). He used the Spire Jump to sneak into heavily fortified castles in Japan. He often speaks in cryptic, though long-winded and confusing philosophical notions. 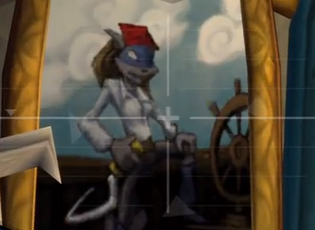 Sly's pirate ancestor from the 17th century colonial Caribbean. With an innate ability to smell gold, she sailed the seas and stole from other pirates. Originally wielding a dagger with the Cooper crook serving as the handle, she presumably lost a paw and replaced it with a prosthetic hook shaped like the trademark Cooper crook. 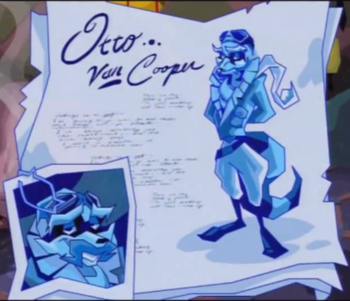 The physically inept but technologically accomplished member of the Cooper Clan. He used his inventions to facilitate his thievery, especially his customized biplane.
Slytunkhamen Cooper 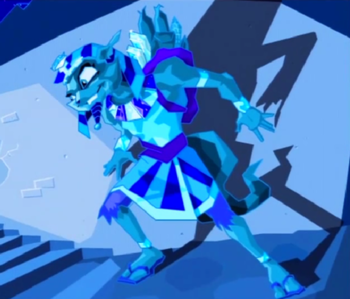 The creator of the Thievius Raccoonus and forefather of the Cooper Clan. He lived in Ancient Egypt and stole from corrupt pharaohs and greedy noblemen. 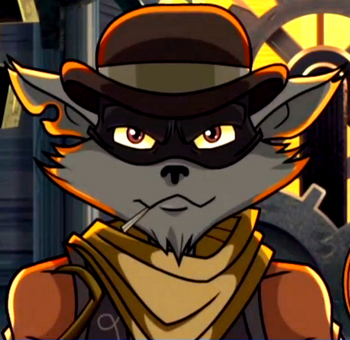 Sly's Western-outlaw ancestor from late-nineteenth century America. He carried a six-shot revolver with a hooked handle as his "Cooper Cane." Tennessee Kid also invented the rail walk and rail slide which he utilized to make stage coach and steam engine heists. A playable character in Thieves in Time.
Thaddeus Winslow III 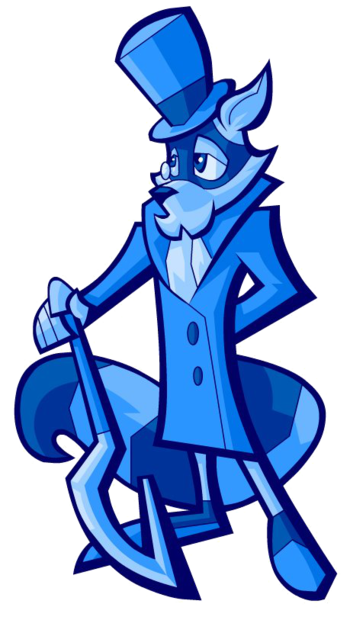 Sly's ancestor from Victorian England. Considered the most chivalrous of the Coopers, it's reasonable to predict that he stole in a more 'polite' pickpocketing way, or used his disguise skills to carry out heists. 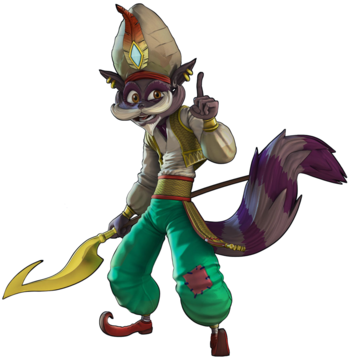 Sly's Ancestor from Ancient Arabia. Said to have the Stealth of 40 Thieves in the first game, and is a playable ancestor in Thieves in Time. In fact, he was actually part of the original 40 Thieves, but by the time in the game, the thieves are heading off into retirement. 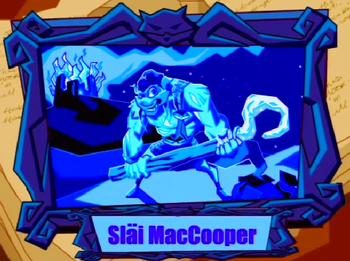 The strongest member of the Cooper Clan, being able to break open locks with one swipe of his cane. He invented the wall slide maneuver.
Caveman "Bob" Cooper
Voiced by: Patrick Seitz 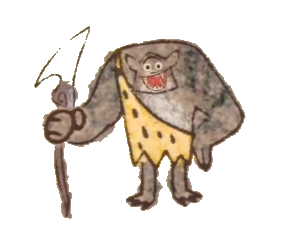 Sly's VERY DISTANT ancestor from the Ice Age. The earliest Cooper, he created the first cane to be used in swiping pterodactyl eggs. He didn't seem to have a name when Sly rescued him, so was then dubbed as "Bob" (the credits list him as Caveman Cooper).