The main characters of the series who form the core of the Cooper Gang are listed here. Sneak through here to get back to the other character pages. Warning: unmarked spoilers ahead.

open/close all folders
The Cooper Gang
Our protagonists. They were initially a Power Trio, but by the third game their ranks had grown to seven, but then reduced to six as of the fourth game.
Advertisement:
Sly Cooper 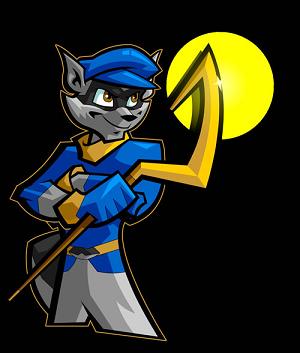 The titular character of the series. An American-born raccoon and the last living member of the Cooper Clan, an incredibly ancient family of master thieves who preyed upon criminals for the sake of testing their abilities and honor.

Just as he was about to inherit his family's greatest heirloom as a child, his parents were killed by a rival gang of five criminals, leaving him penniless and alone. After being taken in by the Happy Campers Orphanage, he met turtle brainiac Bentley and hippo wild card Murray, and the three became fast and lifelong friends. Together, the three founded the Cooper Gang, a band of thieves dedicated to traveling the world, continuing the Cooper Clan's legacy, and bringing some of the worst crime lords out there to justice along the way.

As a self-professed master thief with the acrobatic ability to match, Sly is suave, cunning and oftentimes smug in his demeanor, the latter of which he can even be to close friends and allies. Make no mistake, however. Sly is still righteous, courageous, undoubtedly loyal and can't imagine a life without his best pals.

If you're interested in seeing how he would describe himself, head over here. 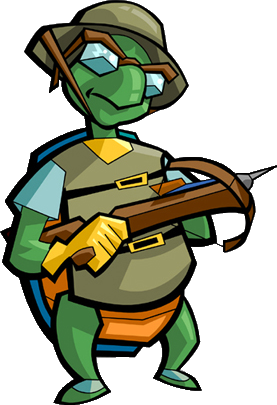 Voiced by: Matt Olsen
"It doesn't take an engineer to figure out how to blow up a bridge."

An American turtle, and the brains of the Cooper Gang. He appeared solely in radio comms and in a hacking level in the first game, then Took a Level in Badass and played an active role in the second game and beyond. 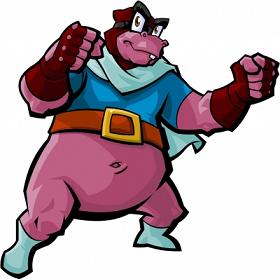 Voiced by: Chris Murphy
"The "Thunder Flop" knows neither friend nor foe, only DESTRUCTION!"

An American hippo, and The Big Guy of the team. He plays a supporting role as a truck racer and key retriever in the first game, and takes about ten levels in badass starting from the second.