The character page for the light novel, manga, and anime series Black Bullet. Beware of spoilers. 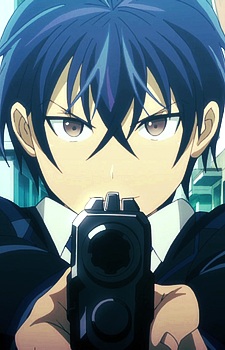 Rentaro is about to shoot a Gastrea.
Voiced by: Yūki Kaji (Japanese), Chris Patton (English) 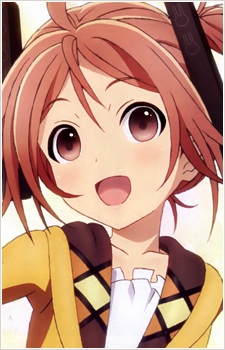 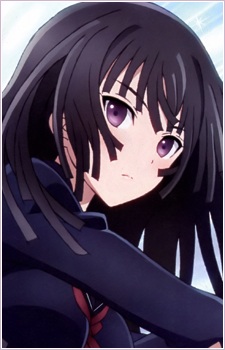 The president of the Tendo Civil Security Company. Her parents were killed by the Gastrea and have family issues (particularly her grandfather). 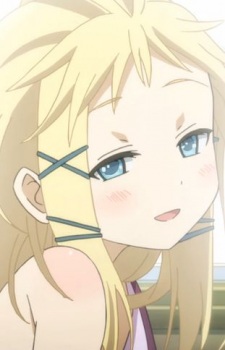 A Cursed Child/mechanized soldier and Ayn Rand's Model Owl Initiator. She was sent to assassinate Seitenshi by Ayn, but was foiled by Enju and Rentaro. She was placed under special treatment and kept under surveillance under orders by Seitenshi. She was later paired with Kisara after her release and joined the Tendo Civil Security Company.

Pairs which consist of a Cursed Child and an adult supervisor, formed to combat the Gastrea threat.
In General
Kagetane Hiruko 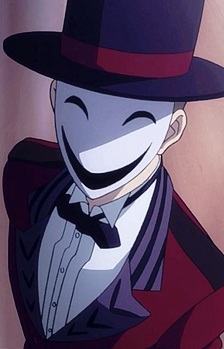 A former promoter of a Civil Security company before his license was revoked due to excessive killing. Held an IP rank of 134. 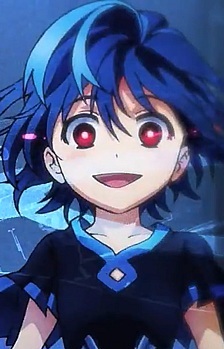 Kagetane's daughter and a Cursed Child. She serves as a Model Mantis Initiator to Kagetane. Held an IP rank of 134. 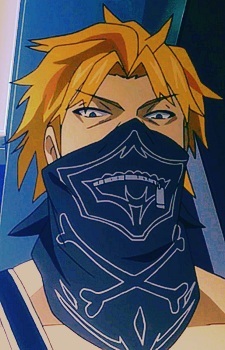 A battle-crazed Promotor for a Civil Security Company. 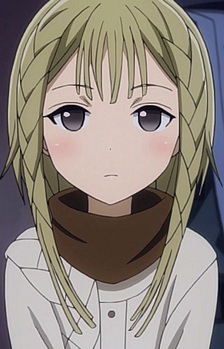 Shougen Ikuma's Model Dolphin Initiator and a Cursed Child with an IQ of 210, but ill-suited for front-line battles. 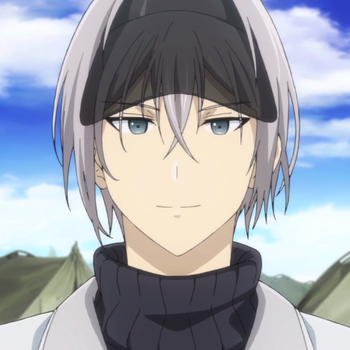 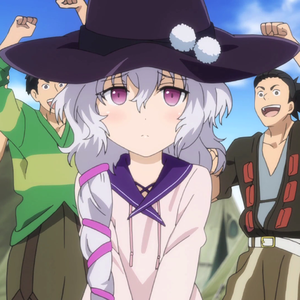 Nagisawa's initiator, model cat, a timid girl. She joined Rentaro's team along with Nagisawa during the battle against Aldebaran's army 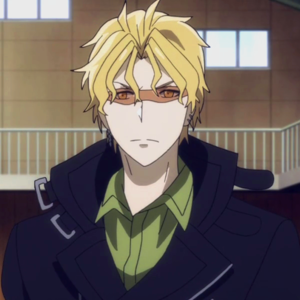 The president of the Katagiri Civil Security Company. He later joins Rentaro's Group during the Third Kanto War. 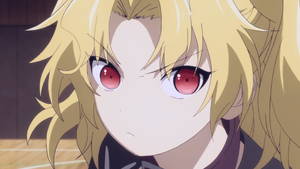 Tamaki's Initiator and younger sister, a model spider. She joined Rentaro along with Tamaki for the Third Kanto War. 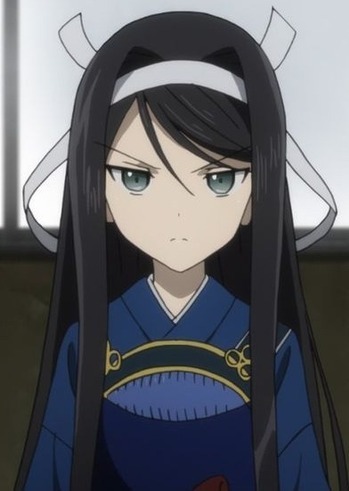 Gado's Initiator, and a participant of the Third Kanto War. Holds an IP rank of 650. She also becomes Shoma's temporary partner.
Others

An old friend of Rentaro, who he met during fourth grade.

A Belarusian Promoter and spy, and a member of the Witches Squadron. Holds an IP rank of 77.

A Belarusian Initiator, partnered with Andrei and also a member of the Witches Squadron. Holds an IP rank of 77. 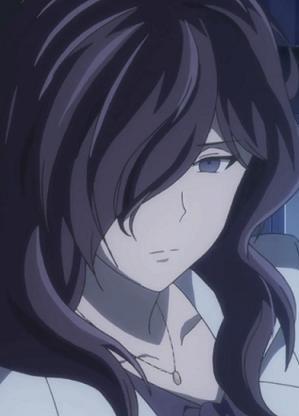 The head Gastrea researcher of a medicine lab in Magata Public University Hospital who serves as a adviser and teacher to Rentaro. Eccentric, but is one of the four sages and was in charge of the "New Human Creation Plan."
Ayn Rand

One of the four sages who was part of the Mechanized Soldier Plan American Division, "NEXT." He breached the agreement between the four sages and used healthy Cursed Children to create mechanized Initiators, "HYBRID." He sent Tina Sprout to assassinate Seitenshi.

One of the four sages. Heads the Australian Division of the Mechanized Soldier Plan, "Obelisk".

One of the four sages. Heads the German Division of the Mechanized Soldier Plan. 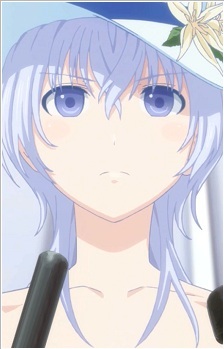 Ruler of the Tokyo Area.

The current ruler of Tokyo Area. She fights for equal rights for the Cursed Children. 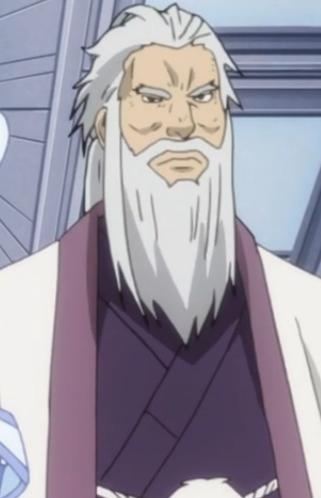 The grandfather of Kisara Tendo and foster father of Rentaro Satomi. He works as an advisor and aide to Seitenshi.
Miori Shiba 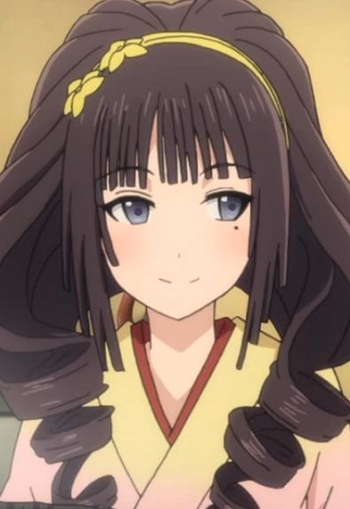 She's the Student Council President at Rentaro's school, and the daughter of the president of the company that sponsors Rentaro and provides him and Enju with equipment to fight the Gastrea with in exchange for the publicity when they use said items.
Takuto Yasuwaki 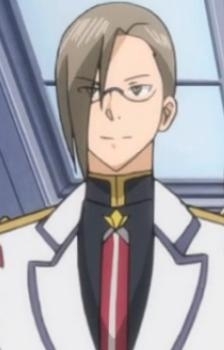 One of Seitenshi's bodyguards, mostly seen in episodes 5-7 and volume 2 of the light novel.
Kazumitsu Tendo 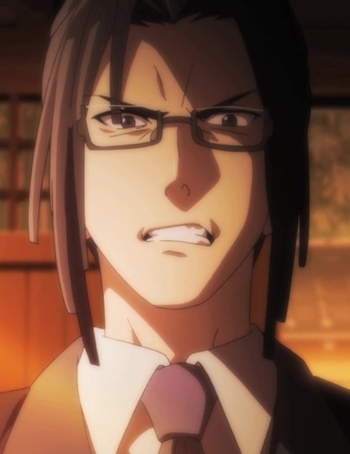 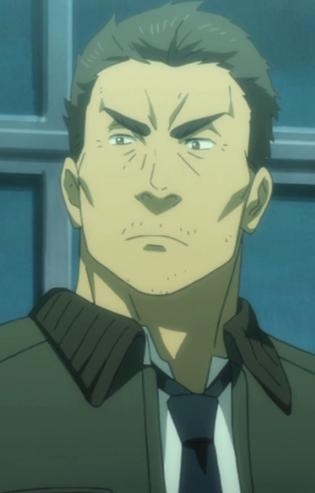 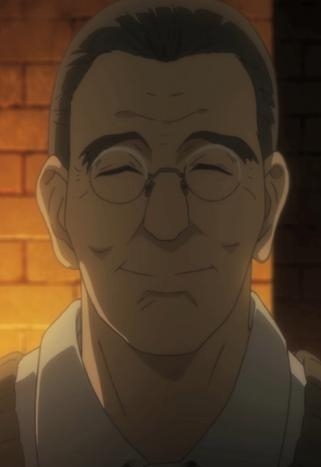 An elderly man who cares for the Cursed Children in the Outer Area of Tokyo.
Sogen Saitake 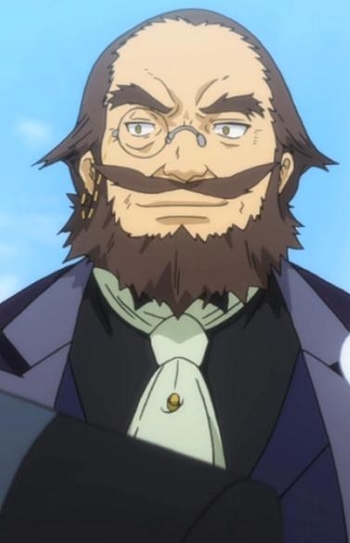 Ruler of the Osaka Area. He aspires to rule the world someday.

In General
Tropes applying to the Gastrea species as a whole.
Aldebaran 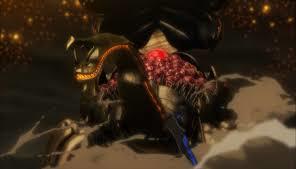 The Stage IV Gastrea that attacked Tokyo area during the Third Kanto War. It was the former right hand to the Stage V Taurus before Taurus was killed. 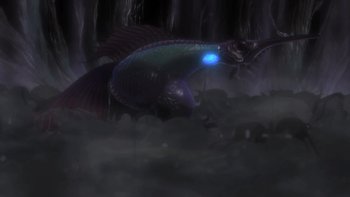 The Stage IV Gastrea that acted as the right hand of the Aldebaran.

The Stage V Gastrea that appeared in volume 1.

One of the Stage V Gastrea and leader of the famous Taurus army. It and its army destroyed many cities in the Middle East and Africa, but was eventually defeated by the IP 1 pair. After its death its army scattered, ending the threat of Taurus.

One of the Stage V Gastrea. Mentioned in volume 7.

One of the Stage V Gastrea. Debuted in volume 7 and appeared near the Sendai area.